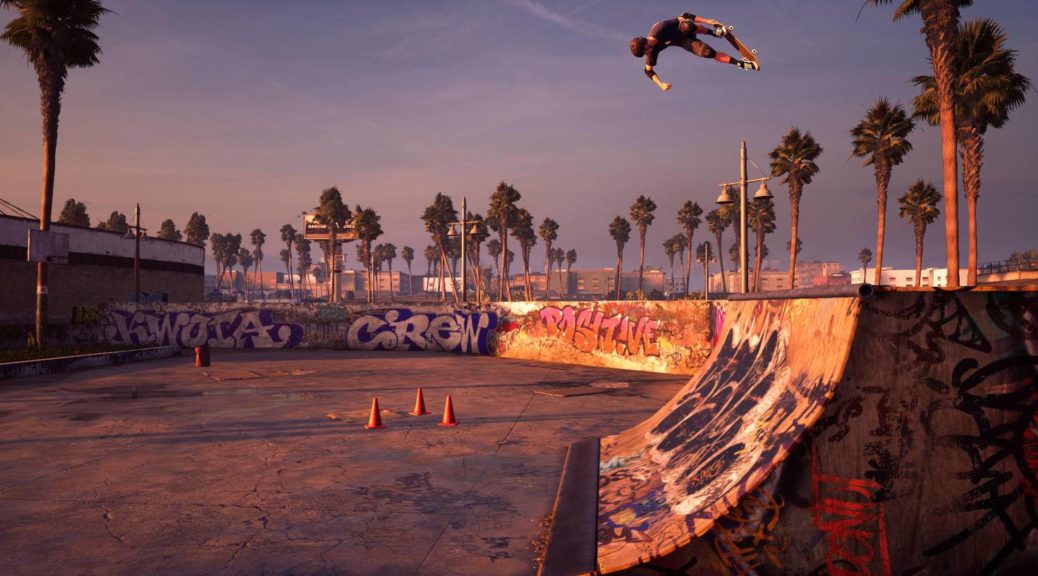 It's awesome because it's unrealistic

I spent countless hours chasing high scores in the "Tony Hawk" games, searching for secrets or just chilling through the levels and enjoying the ingenious soundtrack. I found the arcade feeling that comes from the endless chain of tricks particularly cool. With every attempt you can discover new routes in the levels, on which you combine grinds, flips, manuals and other tricks in the halfpipe to form endless combos and drive up the highscore. It doesn't have a lot to do with realism, but it makes you incredibly happy.

Another reason why I celebrated the "Tony Hawk" games back then was probably that I could do the tricks in the games that I couldn't do in real life. I was able to skate quite well after a little practice, but the tricks weren't enough for more than ollies and occasionally a kick flip – after all.

Please polish up the graphics a bit and just leave the rest!

"Tony Hawk's Pro Skater 1 + 2" only needs a small facelift, the rest is perfect.

The first games from the "Tony Hawk's Pro Skater" series were almost perfect for me. There were varied levels, a huge selection of skaters, an ingenious soundtrack, precise controls and the optics were also quite decent. That's why my wish list for "Tony Hawk's Pro Skater 1 + 2" turns out briefly: polish up a bit of graphics and optimize the controls even more – that's it.

My favorite skaters, levels and songs from "THPS 1 & 2"

I wouldn't complain about a few new songs and levels, of course, but that's not a must. The soundtrack mix of rock, punk and hip-hop was perfect for skateboarding then as now. And since "Tony Hawk's Pro Skater 1 + 2" contains all levels from the first two games, the game should offer enough variety even without new locations and skate parks.

Back on the slopes with the skate pensioners

Tony really isn't the youngest anymore, but you're never too old to skate.

I'm really excited to see what the new generation of skaters, to which Aori Nishimura belongs, can do.

One innovation that I am already celebrating with the "Tony Hawk's Pro Skater 1 + 2" remake is that the developers have let the skaters age. Instead of simply polishing up the original models for the Remasters, the skaters were scanned again at their current age for the game . I'm really looking forward to doing daring tricks in the half pipe with the skate pensioners!

Will Tony Hawk still do the trick "900" (two and a half turns of the body in the air) at the age of 52 in reality? In the game with absolute security! And until I can finally skate with the legends myself, I now watch the unlockable trick video with Rodney Mullen from "Tony Hawk's Pro Skater 3". The madness!