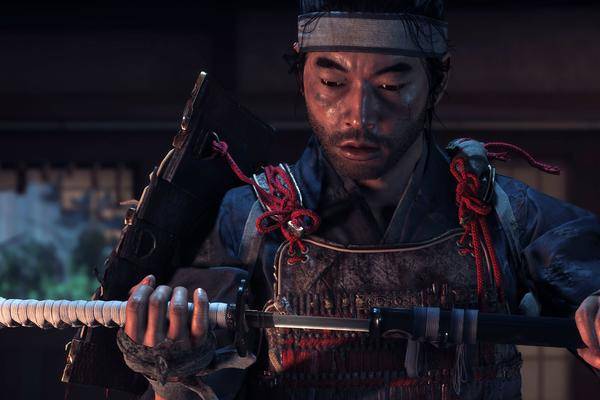 The "Ghost of Tsushima" loading screens give the players helpful tips about the game. Developer Sucker Punch has now revealed an interesting detail from the development: Originally, the loading times were so short that there was too little time to read. The curious solution to the problem: the studio artificially extended the loading times.

At the moment, loading times are a necessary evil for gamers, which often tears them out of the game flow. So that the loading is not completely wasted time, developers build animations, show tips on the game or hide the loading times in small sequences such as elevator rides. Nobody would complain about shorter loading times. The loading times in "Ghost of Tsushima" are too short for the taste of Sucker Punch, one of the programmers reveals to Kotaku .

Developers dig deep into the loading times bag of tricks

Although "Ghost of Tsushima" offers a huge open world and detailed textures, the loading times are incredibly short. This is made possible by a tailor-made engine that can remember data and assets, so to speak. "If you die, we just have to go through a quick 'spawn' process again, most of the data is already loaded," explains programmer Adrian Bentley.

The developers also used other tricks to keep loading times as short as possible. For example, assets and textures are very small. A terrain tile that is 200 meters by 200 meters, for example, is only 2 MB in size thanks to compression. "Compact data speeds up loading times enormously," reveals Bentley.

With these and other programming tips, the loading times in "Ghost of Tsushima" shrank to a few seconds. Actually a great thing – but now the game tips that appear during the charging break were not visible for long enough.

Sucker Punch chose the curious solution to artificially extend loading times to give players more time to read. The loading pauses after death are not significantly longer, but are now sufficient to read one or two tips.

In the future, however, we will probably be able to completely say goodbye to such loading time tips. Because if developers can enable such short loading times on the current generation of consoles, what can we expect on the Xbox Series X and PS5, whose architecture will significantly reduce loading times again?