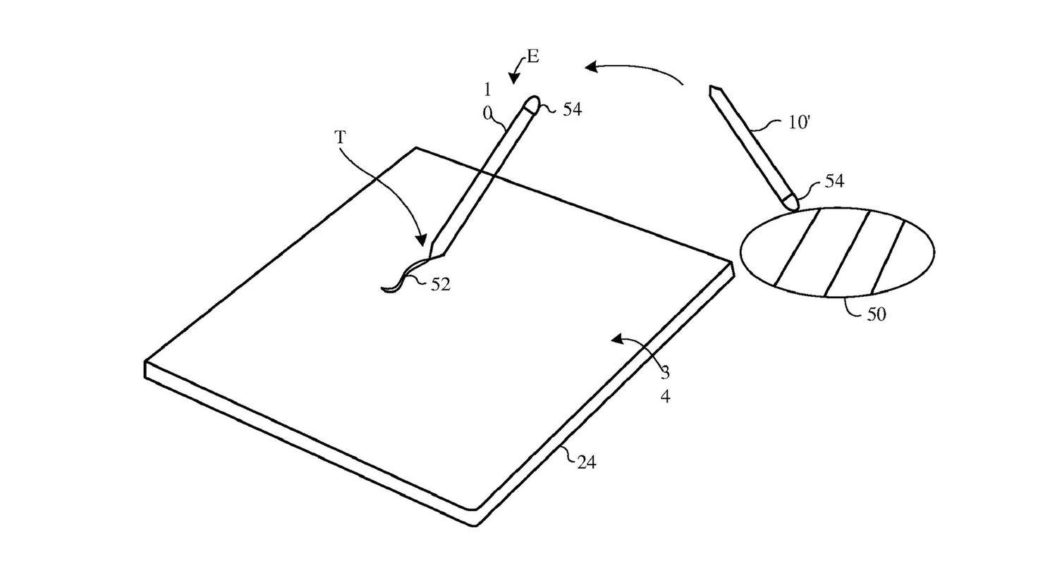 In the future, a new Apple Pencil could reproduce colors from the real world and make them accessible for digital processing and drawings. The stylus would have a special color sensor for this.

Apple has filed the corresponding patent with the United States Patent and Trademark Office. The agency released it this week, MacRumors reports . In the document, Apple describes a "computer system with a color scanning stylus" that "could have a color sensor".

This is how the pencil with color recognition could work

This sensor would be equipped with numerous color detectors that can detect light in different color channels. Thus, the Apple Pencil would recognize the colors of real objects, such as a flower, and reproduce them. An additional light on the stylus could make it easier to recognize colors. Otherwise, the patent describes a device with an elongated housing, a tip and an opposite end. The tip of the pen is said to be compatible with touchscreen devices.

The captured color of the pencil could then be transferred to a drawing program.

The technology for the color sensor should therefore be at the end of the stylus, i.e. at the tip, or could be coupled to it via a light guide. In practice, users can simply hold the Apple Pencil in front of a real object and use the scanned color, for example, for photo-realistic drawings. The recognized color would then be inserted into a color palette in a drawing program, where the color could be assigned to a brush. But that's not all: according to the document, the pencil could also calibrate monitors or printers, even health-related measurements are conceivable.

As always with such patents, no one can say with any certainty whether and when such a product will actually come onto the market. Many ideas disappear forever in the moth box, others may be taken up in a different form.