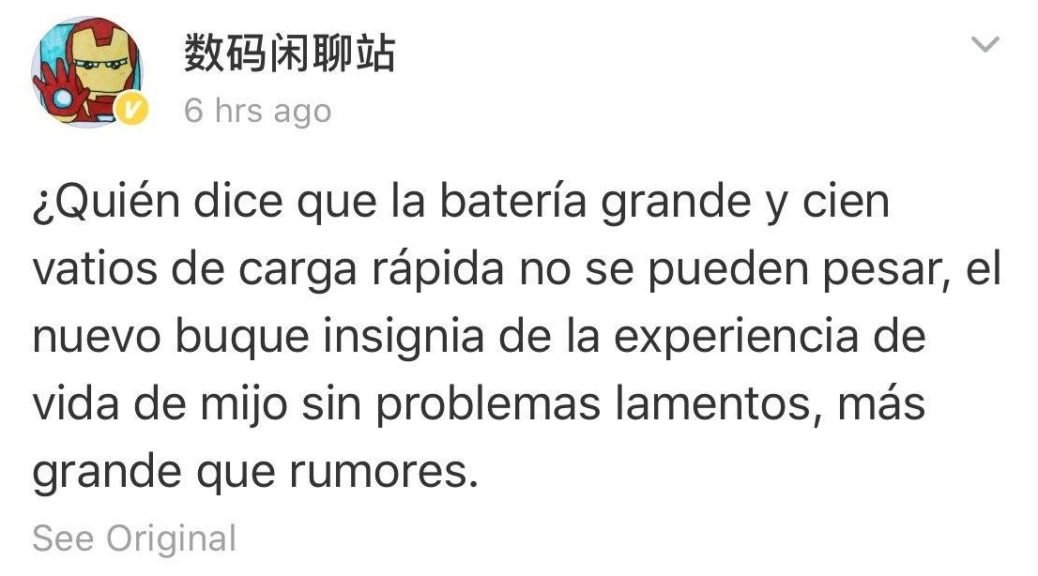 Xiaomi's first smartphone with the new 100W fast charge seems to be just around the corner. After appearing in several certifying units in China, new rumors suggest that its fast charge will not only be what stands out in this new terminal.

This has been detailed by Digital Chat Station, who through Weibo has dared to ensure that this possible Xiaomi Mi 10 Ultra will bring with it a large capacity battery never seen before, more than anything, in order to avoid the great degradation that it would suffer when have such high charging power.

And it is that if we remember, one of the biggest impediments that Xiaomi ran into in order to develop Super Charge Turbo was the great degradation suffered by the batteries when charging them with a power of 100W. 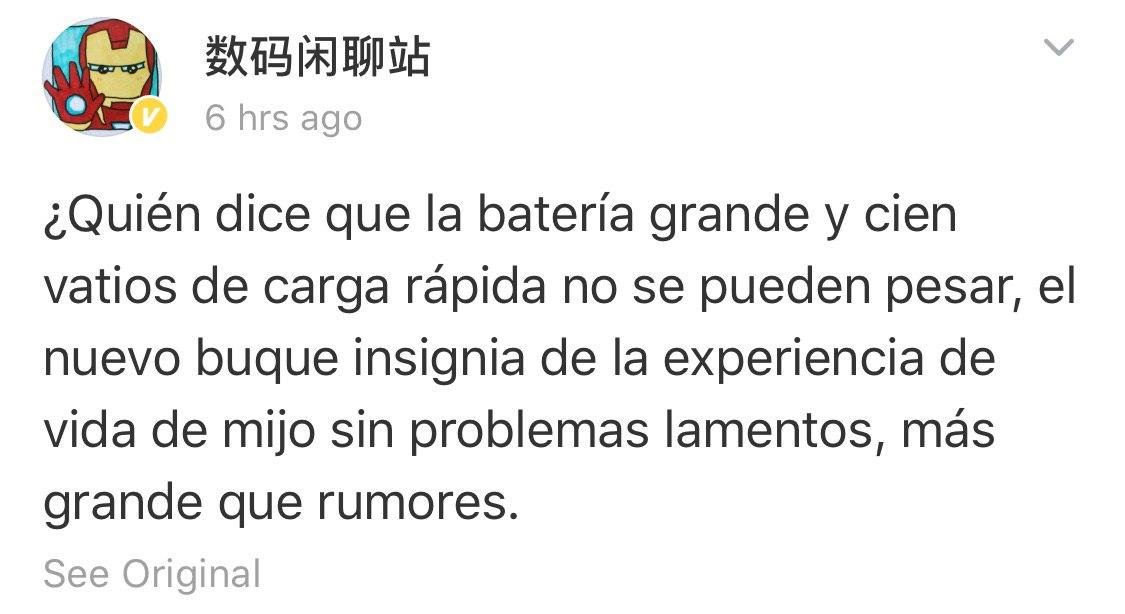 Publication made by Digital Chat Station on Weibo.

The higher the fast charge the greater degradation the battery gets

Without going any further and quoting verbatim words from one of the executives of the firm, with Super Charge Turbo a 5,000mAh battery is transformed into practically one of 4,000mAh . That is why it would be quite logical to see a battery of loose capacity in this possible Xiaomi Mi 10 Ultra.

Still, there is no doubt that we will be facing an amazing terminal, not only for its fast charge and battery capacity, but also for other features such as its possible AMOLED screen at 120Hz . To this is added a camera that although being 48MP apparently will have a large optical zoom .