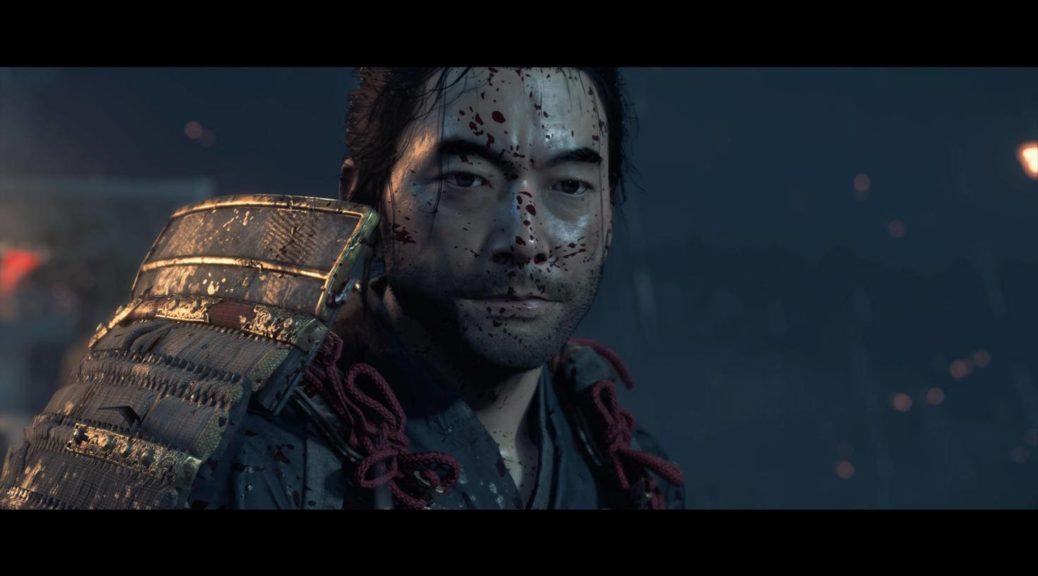 The last exclusive game for PlayStation 4 makes me a samurai. As Jin Sakai, I defend an island against invaders in the action adventure "Ghost of Tsushima", explore a wonderful game world and get bogged down in typical genre elements. Is that fun again despite Open World fatigue?

"Ghost of Tsushima" could also be called "Horizon Creed Gone". Sucker Punch Productions' new open-world game is so reminiscent of games like "Assassin's Creed" and the PS4 exclusives "Horizon Zero Dawn" and "Days Gone". The setting in medieval Japan of the 13th century and the staging in the style of classic samurai films is new for a blockbuster game of this kind and appears fresh and attractive. This test shows whether "Ghost of Tsushima" is a worthy keystone for the PS4 collection on the gaming shelf.

True events form the historical background for "Ghost of Tsushima": In the 13th century, the Mongols established the largest country in world history and ruled from Europe to East Asia. They also took the Japanese island of Tsushima in 1274 – so far, so securitized.

The game then takes liberties with its characters and the story told. It started in 1274 when the force of (fictional) general Khotun Khan landed on Tsushima, almost completely wiped out the local samurai and captured the ruler of the island, Prince Shimura. His nephew, the samurai Jin Sakai, is one of the few survivors of the battle. He wants to free the prince at all costs and is looking for allies. In "Ghost of Tsushima" I slip into his role, help the rural population against marauding Mongols and bandits and clear bases of the occupiers.

Anyone who knows Open World Adventures from Sony can quickly find their way around in "Ghost of Tsushima": The map regularly pops up new places that I explore on the back of my trusty horse. On site, you have to defeat patrols, dig enemy bases and complete quests. Hidden places and tasks bring points to the development of properties and skill trees, collectibles give me bonuses and background knowledge. I diligently collect resources that I trade with craftsmen and dealers for upgrades.

The happiness of the open-world earth lies on the back of a horse – as in "Ghost of Tsushima".

Different game systems unlock cosmetic embellishments of weapons, outfits or the saddle. The most important tool is Jins Katana, the deadly sharp sword of the samurai. Soon the warrior will also have the shortbow and an arsenal of so-called shadow weapons – I unlock access to these gadgets during the story. In addition to the honorable man-to-man confrontation, the lone warrior also has to use sneaky tactics that don't really conform to the samurai code of honor. Only in this way can he survive as a lone fighter against the Mongolian superiority.

The incompatibility between the code of honor and stealth tactics is always an issue in the game. Jin learned from his uncle that a real samurai is always open to the enemy. In the gameplay, the hero then often assassins himself through enemy bases, sneaks through the tall grass or falls as a quiet death from roofs. I had hoped in advance that "Ghost of Tsushima" would one day give me the choice of whether to leave the path of the samurai and instead become a silent killer. As it turns out, the myth of the ninja or shinobi in the history of Japan is romantically transfigured, here the game is probably looking for a compromise – I can change my playing style as often as I like.

If Jin approaches a group of opponents, I can press the control pad to challenge the enemy's most powerful fighter to a duel and then slaughter the remaining warriors. This is honorable samurai style and looks good thanks to slow motion and wide angle. Alternatively, it is possible to gradually thin out enemy troops from the background. The obligatory listening mode, which reveals silhouettes of the enemies at the push of a button, is of course also contained in "Ghost of Tsushima". Special outfits give advantages in various attack techniques.

Jin is stocking up on new fighting toys from dealers and artisans.

Tribute to the samurai cinema

It all sounds very genre-typical of open world adventures, and that's exactly what it is. At second glance, the staging of "Ghost of Tsushima" is peculiar, because Sucker Punch Productions places great emphasis on the cinematic representation of the game. Especially in the USA, where the developers are at home, the Japanese samurai cinema from the 1950s to the 1970s had a similar cult status to the kung fu films from Hong Kong with Jackie Chan, Jet Li and Bruce Lee, which we are more familiar with .

Showdown: "Ghost of Tsushima" is deliberately staged in film.

"Ghost of Tsushima" sees itself as a homage to the genre of classic samurai films. Every cut scene, every shot drips with visual references, quests and side missions are staged like short episodes of a film series. If Jin challenges his opponents, there is a duel, as Western films have copied from the samurai cinema. There is even a special graphics mode that provides "Ghost of Tsushima" with coarse-grained black and white and retro sound. It bears the name "Kurosawa mode", after the Japanese director Akira Kurosawa, who had enormous influence on contemporary cinema with films such as "Yojimbo" and "The Seven Samurai". Without him, "The Magnificent Seven" and "Star Wars" would not have existed in the familiar form.

As a layperson, I cannot adequately judge whether the depiction of the old Japanese culture in "Ghost of Tsushima" was successful, but it seems coherent. In "Ghost of Tsushima" I notice less the people anyway, but the lush nature. The game conveys an idyllic, almost untouched world that looks like I imagine Japanese postcard motifs on the PS4 Pro: cherry blossoms, bamboo forests, reeds and cypresses line the hills and plains that I cut through on the back of my horse.

The game world can shine particularly in wide angle.

Marshes, snowy landscapes, dense forests, fields with pampas grass – picturesque panoramas are bathed in warm light or haunted by wild storms. Day and night alternate and create atmosphere. The game world appears large and extensive, but fortunately it is not as gigantic as it initially seems. Tsushima has little in common with the monumental dimensions of ancient Greece in "Assassin's Creed Odyssey": Despite diversity and freedom, I can reach almost all points on the island after a pleasantly short ride.

The way across the island is shown by the wind, which always blows towards my next destination and symbolizes the spirit of Jin's late samurai father. The fauna also supports navigation: the route to important points on the map shows me golden birds that flutter around me until I follow them. Every now and then wild foxes lead me to hidden shrines that are hidden behind rocks.

"Ghost of Tsushima" looks even better with a minimal interface.

A nice idea, "Ghost of Tsushima" does not entirely dispense with quest markers. The optional Expert HUD mode minimizes displays on the screen if desired. This makes the gaming experience nicer and clearer, but unfortunately it doesn't help against the occasional camera bitches. Especially in battles against multiple opponents, the overview is fluttering regularly.

Actually good – but something is missing

Had I been introduced to the PS4 exclusive game entitled "Assassin's Creed: Japan", I would hardly have questioned that it is a history blockbuster from Ubisoft. The similarities to the lone fighter action in "Horizon Zero Dawn" also prove that "Ghost of Tsushima" is not a niche JRPG, but a mainstream game for everyone.

So far it works, the engine under the hood of "Ghost of Tsushima" buzzes and the paint flashes – Sucker Punch has created an excellent open world experience. And yet I am not completely thrilled by the game, I have to bite through, unique selling points are rare.

Similar to "Days Gone", the many typical Open World game mechanics feel worn out and repetitive at some point. Jin Sakai is not a biker, but like Deacon St. John, his clichéd way makes it difficult for me to develop sympathy for him and to understand his motives. Jin is stiff and freezing cold. That may seem authentic and fit the cinematic model, but with more than 30 hours of murder and manslaughter I sometimes need a friend. Aloy's sympathetic connection to the main character was much better in "Horizon", and it is not without reason that many players of "Assassin's Creed Odysseys" protagonist Kassandra rave about it.

Conclusion: Want feudal Japan as an open world? Then get it!

"Ghost of Tsushima" fulfills all the criteria of an open-world high-profile who fully meets current quality standards. Particularly noteworthy are the wonderful game world and the fascinating setting. The cult of the samurai film genre may make only a few players in this country curious about the game. But it would be nice if the other way around, the cinema classics will gain more appreciation from the game in the future. Even if "Ghost of Tsushima" didn't "click" because of its playful clichés and its unapproachable main character, it is not a bad, if not a little bit exciting game. Above all, those who like to wallow in picturesque digital worlds are right here anyway.