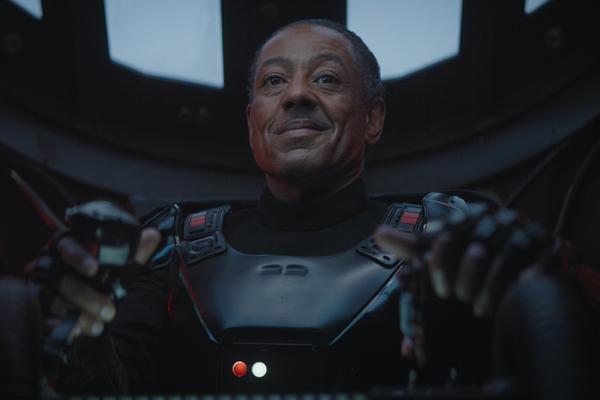 It was an absolute surprise when Moff Gideon swings the Darksaber in "The Mandalorian" final. And everyone wondered: What does that say about the antagonist? Now the actor Giancarlo Esposito gives us some food for thought.

Nobody expected that Moff Gideon owned the Darksaber at the season finale of "The Mandalorian". After the first shock was overcome, the questions for the special moment followed: Where did he get the sword from? What does that say about the figure? In a video interview with Entertainment Tonight, actor Giancarlo Esposito suggests what that could mean for season 2.

"Star Wars" connoisseurs know: the Darksaber is a special lightsaber – and not everyone can use lightsabers just like that. This requires power and corresponding power skills. Esposito explains: "Having this sword means that I can use it, that I can do my own dirty work by being a fighter, a warrior. It is part of me."

Is the Darksaber in good hands?

But that's not all the Darksaber's possession of Moff Gideon says: "It creates the possibility that he will be one of the chosen ones. But is he really a fallen hero? Is he a descendant of Darth Vader? Who is he? What does he want?" Yes, we would also like to know …

It remains open: What does Esposito mean by "one of the chosen ones"? Is it an indirect confirmation that he is the bearer of power? And what does he want to say to us with the term "fallen hero"? Was he once a Jedi and then switched from the light to the dark side?

So many questions – which Jon Favreau, author and producer of the series, will hopefully answer with the second "The Mandalorian" season.