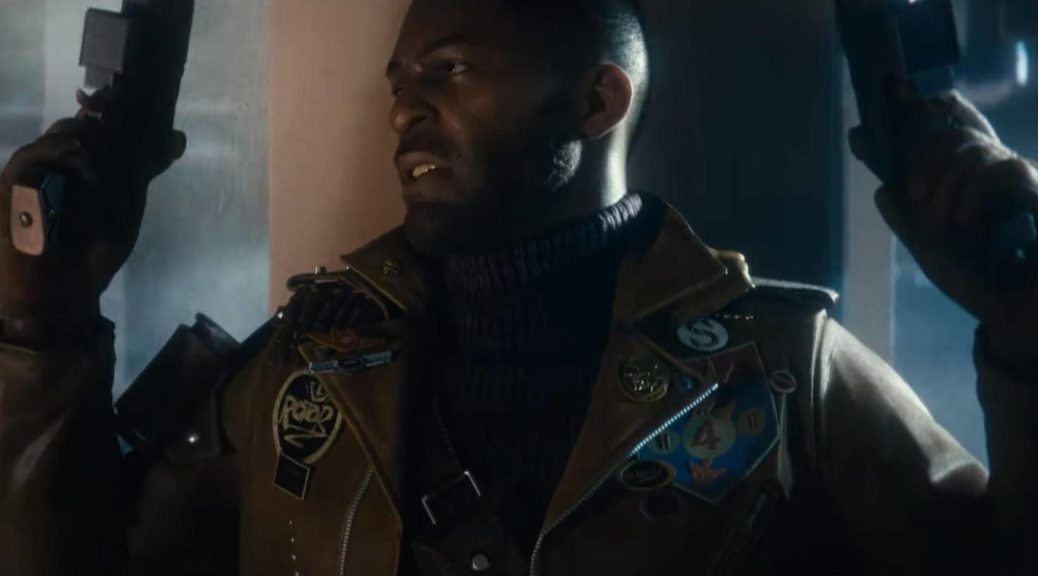 The "Dishonored" maker Arkane Studios specializes in simulated worlds with endless possibilities. "Deathloop" could become the masterpiece of the French studio in late 2020 and offer a best of its wildest ideas. The basic idea sounds irresistible.

Good morning, it's marmot day again! In "Deathloop" the island of Blackreef is stuck in a time loop – together with its inhabitants. They know how to use the loop and celebrate decadent orgies without having to fear the consequences, because at midnight everything starts all over again. The contract killer Colt doesn't find it that funny. He wants to get out of the loop, but this is only possible if he gets the eight main people responsible for the time trickery in a loop in front of the blade. This in turn wants to prevent his nemesis: Julianna Blake. She is also a paid murderer and wants to keep the party going – at all costs.

Colt wants to get out of the loop …

… but Julianna is against it.

News from the masters of the "High Concept" game

Arkane Studios is the master of the so-called "high concept" design, in which everything else arises from an easy-to-describe comprehensive idea. The French have already used this approach to design unforgettable game worlds, levels and mechanics – be it a fantasy city driven by whale oil and corruption in the dishonored stealth game, a time-traveling house in the sequel to "Dishonored 2" or shape-changing aliens in sci-fi -Shooter "Prey" that can hide in every innocent everyday object.

The coffee cup on the left in the picture? Possibly also a black-black mimic alien in "Prey"!

In "Deathloop" the "High Concept" is the time loop from which I have to free myself in the role of Colt. It won't be easy, of course: the party-loving islanders stand up to Colt, time is working against him, and Julianna is somewhere in ambush. If it takes me too long to switch off the necessary goals and break the loop, the game will reset the time and the day on Blackreef will start again. The same applies if Colt suffers an early death. So I have to cautiously approach myself, explore the area, proceed strategically. And eventually put the perfect run on the floor.

"Deathloop" screenshot: Colt explores the island of Blackreef, the inhabitants of which seem to be fans of 1960s design.

A killer in the time warp

Anyone who knows arcane games will find a lot of familiar information in this short description. The studio makes no secret of the fact that "Deathloop" brings ideas from "Dishonored" and "Prey" together into something new. I control Colt in first-person view, he has powerful weapons, but also magical abilities like the one known from "Dishonored" teleportation. Whether I go secretly, shoot everything down or find completely different ways is up to me – and that is the main reason why "Deathloop" ranks high for me this year in terms of anticipation.

"Dishonored" fans have long had a muscle memory: where the purple circle flashes, the character teleports itself straight away.

As I write these lines, I'm in the middle of my second run through "Dishonored 2". A lot of the missions seem familiar to me from previous saves, but I keep discovering new secret passages, loopholes and ways to end missions that I hadn't noticed before. In some cases, decisions have an impact beyond the limits of missions and fundamentally change the course of the game. That's exactly what I hope from "Deathloop" – only more radical.

In a closed ecosystem like Blackreef Island, everything can react to everything. A dream for a developer like Arkane Studios, who specializes in so-called immersive sims – games in which objects and realities of the game world follow some fixed basic rules. For the player, this creates the feeling that the digital world would continue to rotate without him.

The party life on Blackreef is in full swing. Then Colt comes.

There are quite a few immersive sims, but the time loop is the component that could make "Deathloop" a stroke of genius: the loop gives me an inherent reason to intervene again and again in the daily routine of the island to see what changes . Where I choose a path through the story with "Dishonored" through my actions, "Deathloop" should give me the opportunity to experience all branches and reactions to my actions in the same run – at least that's how Game Director Dinga Bakaba describes it to VG24 / 7th That I find out loop for loop more about the consequences of my actions and my goals almost sounds like a detective game and a clever integration of the time loop mechanics into the first person shooter gameplay.

How tightly interconnected the individual systems of the game are, how drastic the consequences of my actions are, how crazy the events on Blackreef really are – we don't know all that yet. The portfolio of Arkane Studios gives me little reason to doubt that in "Deathloop" stylish optics, butter-soft gameplay and excellent level design shake hands. Colt may be in a hurry to get out of Blackreef. I may let his goals be goals first so that I can take a thorough look at Blackreef.

I suspect it will be worth it.

"Deathloop" will be released in late 2020 for PC and initially exclusively for PlayStation 5. A release for Xbox Series X should follow a few months later.