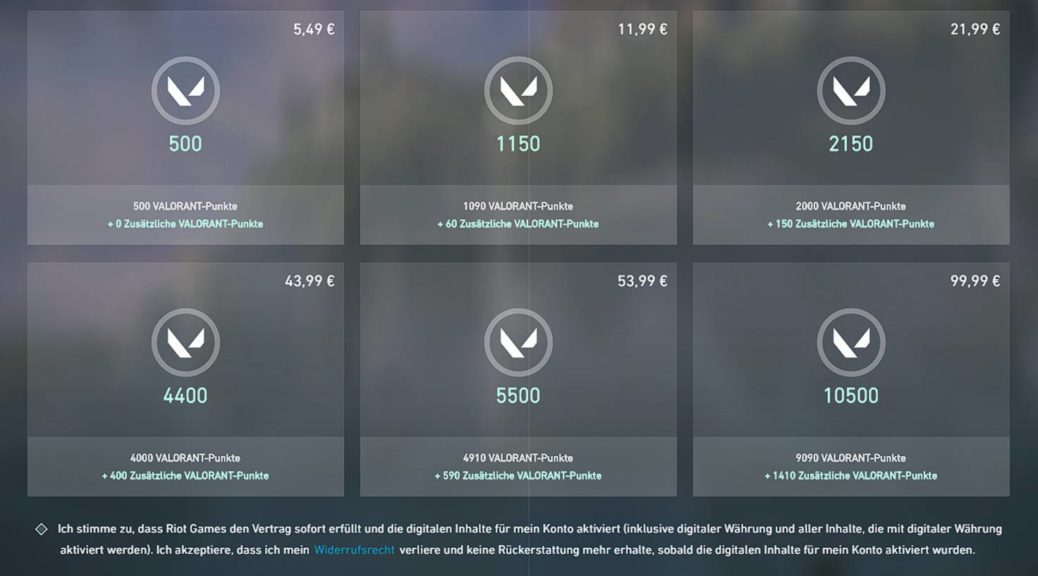 With the official launch of "Valorant", the first Battle Pass of the competitive multiplayer shooter started. How much the Battle Pass costs, how you can level it up quickly and which items you can dust there, you can find out in this guide.

As Riot Games explains on the "Valorant" website , episode 1 also began with the release of the game. Each further episode should contain several acts and each have their own Battle Pass. The files should last for about two months, with the end of the respective Battle Pass can no longer be played. "Ignition: Act 1" is currently taking place in the game.

How expensive is the "Valorant" Battle Pass?

If you want to get a taste of the "Valorant" Battle Pass and only later decide to buy the premium version, that's no problem. With the purchase of the Premium Battle Pass, all exclusive rewards that you could not unlock in the free versions will be unlocked retrospectively.

How to level up the Battle Pass quickly

To raise the level of your Battle Pass, all you have to do is gamble "Valorant". All experience points that you receive in the matches also count towards the Battle Pass.

The pass has a total of 50 levels. The developers have not revealed how much experience you need per level. However, 1,372,000 points should be necessary to bring the Battle Pass to the maximum level. With the experience points you earn from the matches played, however, you will need a lot of time to upgrade the combat pass. Depending on the match duration and performance, 1,300 (match 0:13 lost) to 5,100 experience points (match 13:12 won) are possible per game.

With the daily and weekly missions, you can give your Battle Pass a decent boost.

Therefore, you should complete the daily and weekly missions as often as possible. By solving minor challenges, you earn additional experience points. A daily mission gives 2,000 points at the beginning, a weekly one between 8,000 and 12,000 points. The number of points scales with the elapsed time of the Battle Pass.

According to Riot Games, the challenges drop a total of 28,350 experience points in the first week. The tasks in the last week before the end of the combat pass are even 60,750 points, reports Dot eSports . Players who play "Valorant" regularly should be able to complete the Battle Pass in about 100 hours.

These rewards are included in the Battle Pass

At the end of the Battle Pass, the Kingdom skin for the handgun Classic awaits you.

As already mentioned, the Battle Pass in "Valorant" has 50 levels. These are divided into ten chapters. You can unlock five premium items and one or two free rewards per chapter. You will only receive the items from the free Battle Pass at the end of the chapter.

Items you can unlock in the Battle Pass include weapon skins, talismans, profile banners and titles, graffiti, and a handful of Radianit points. You need the latter to upgrade weapon skins and unlock new animations or sound effects for weapons.

The content of the combat passes is currently exclusive. So, for now, you won't be able to get missed Battle Pass rewards in any other way. Riot Games, however, leaves open the possibility of making missing items from older combat passes accessible later.