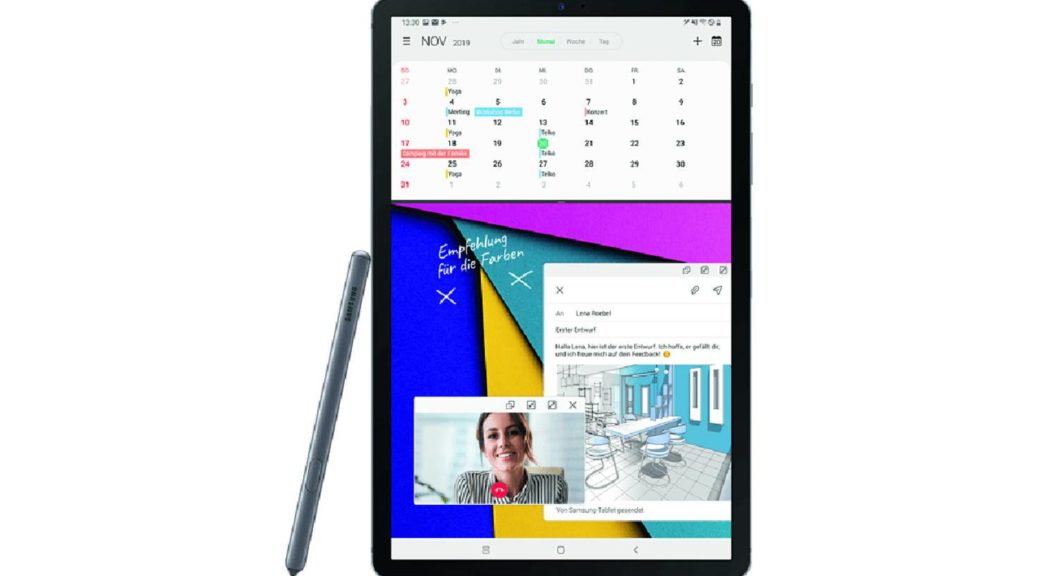 Are you looking for a good tablet with pen? We present seven recommended models that you can also operate with a stylus.

The S Pen for the Samsung Galaxy Tab S6 has clever Bluetooth functions.

The Samsung Galaxy Tab S6 is one of the best Android tablets if you want to take notes or drawings with a stylus. The Samsung pen measures up to 4,096 pressure points and is therefore very precise. The stylus also offers Bluetooth functions such as triggering the tablet camera at the push of a button. Particularly practical: the S Pen comes with the Galaxy Tab S6. The stylus can also be bought separately.

More about the Samsung Galaxy Tab S6 at SATURN

More about the Samsung S Pen at SATURN

The Microsoft Surface Pro 7 can be expanded with a keyboard and Surface Pen.

The Surface Pro 7 is a tablet and laptop at the same time. The separately available type cover keyboard turns the device into a notebook replacement in no time at all. The Surface Pro 7 also has a full desktop operating system pre-installed with Windows 10. This is a clear advantage for illustrators and graphic designers who want to work with the optionally available Surface Pen: For Windows 10 there are many more graphics programs than for Android and iOS.

More about the Surface Pro 7 at SATURN

More about the Surface Pen at SATURN

The Apple Pencil (2nd generation) is required for the iPad Pro 11 inch.

Apple has come up with a few clever tricks for operating the iPad Pro 11 inch with the Apple Pencil (2nd generation). Like its predecessor, the revised stylus recognizes 4,096 pressure levels and the attachment angle, but can now also be charged wirelessly. It also has a touch field in the upper third, which can be used to call up various functions in apps with a double tap. Attention: For the iPad Pro 11 inch it must be the 2nd generation Apple Pencil, the 1st generation stylus is not compatible with the tablet.

More about the iPad Pro 11 at SATURN

More about the Apple Pencil (2nd generation) at SATURN

The Huawei MediaPad M5 Pro comes with the M-Pen.

Manufacturer Huawei also offers a tablet with pen: the MediaPad M5 Pro. With its 4,096 pressure sensitivity levels, the stylus, called M-Pen, records all hand movements and recognizes the angle of inclination. It also has a function key, for example to take screenshots. From a technical point of view, the tablet itself is not a high end for watching films, surfing the Internet, but it is quite sufficient for quick drawing in between. The Huawei M-Pen is included with the MediaPad M5 Pro.

The Samsung Galaxy Tab A is an affordable alternative to the Galaxy Tab S6.

If you don't want to use the top tablet from Samsung, the Galaxy Tab A is a cheap alternative. Combined with the Active Fineline from Hama, this model can also be used to quickly create drawings and notes. However, buyers have to do without additional features such as the Bluetooth connection on the S Pen from Samsung.

More about the Samsung Galaxy Tab A at SATURN

More about the Hama Active Fineline at SATURN

The Huawei MediaPad M5 Lite can be operated with the Capacity Pen.

Huawei offers a cheap alternative to its MediaPad M5 Pro – the MediaPad M5 Lite. With the Stylus Creative Capacity Pen you can create beautiful drawings on the entry-level tablet. However, nuances may be lost because the Capacity Pen can only handle 2,048 and not 4,096 pressure levels. In addition, the stylus must be bought separately.

More about the Huawei MediaPad M5 Lite at SATURN

More about the Huawei Creative Capacity Pen at SATURN

The Microsoft Surface Go 2 with an additional keyboard becomes a laptop replacement.

The Microsoft Surface Go 2 is the little brother of the Surface Pro 7 – and can also be operated with the Surface Pen. If you are looking for a small and cheap tablet with pen input, you could be right here. The Surface Pen recognizes 4,096 pressure levels and thus enables very precise writing and drawing on the tablet. However, the pen is not included.

More about the Microsoft Surface Go 2 at SATURN

More about the Surface Pen at SATURN