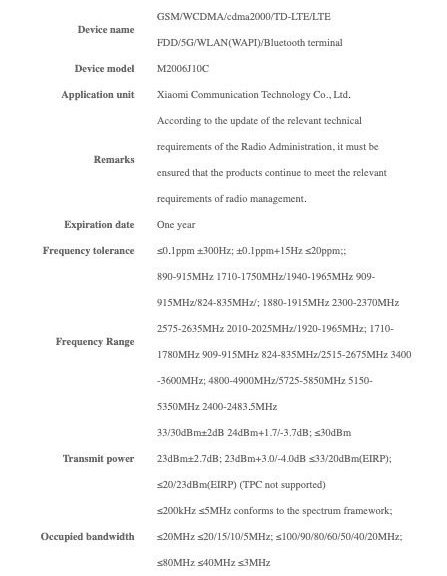 If a few days ago it appeared in the 3C unit, now the expected Redmi K40 does it in the MIIT . A new approach to the new generation "Redmi K", which not only confirms its fast charging system again, but also that it will be a 5G device.

To be exact, this supposed Redmi K40 has been listed in the MIIT under the model number M2006J10C , revealing to us thanks to its nomenclature that it would be a derivative of Xiaomi's own Redmi K Series.

Likewise, beyond its 33W fast charge , this supposed Redmi K40 from Xiaomi will once again become a 5G device , predicting as it happened with the Redmi K30, to be one of the devices with this type of cheaper connection From the market. 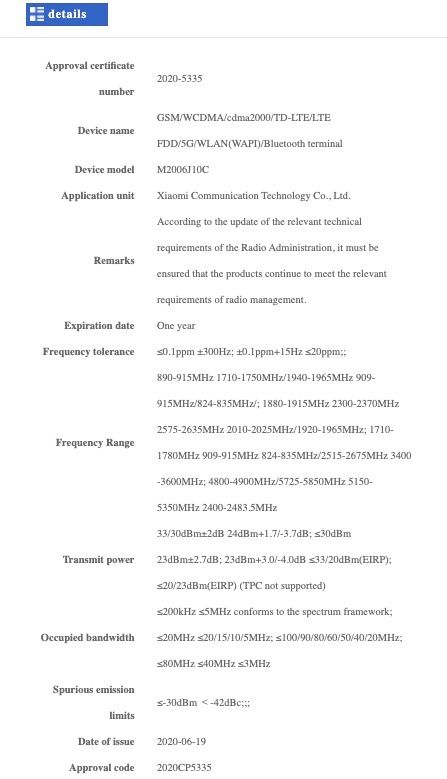 List of the supposed Redmi K40 from Xiaomi in the MIIT.

But what will the new Xiaomi Redmi K40 be like? If we go over its listed features through China's 3C unit and now at MIIT and combine them with the leak made through one of our closest sources, we could be facing a terminal equipped with the powerful MediaTek Dimensity 1,000 .

To this would be added 5G connectivity and a 33W fast charge battery . Beyond that, they are only speculation such as the possibility that we will see a camera of no less than a 120x zoom .

In short, a rather interesting device that would undoubtedly sweep Europe out of China. According to the first data, its launch or at least its first official data is expected for around next July .