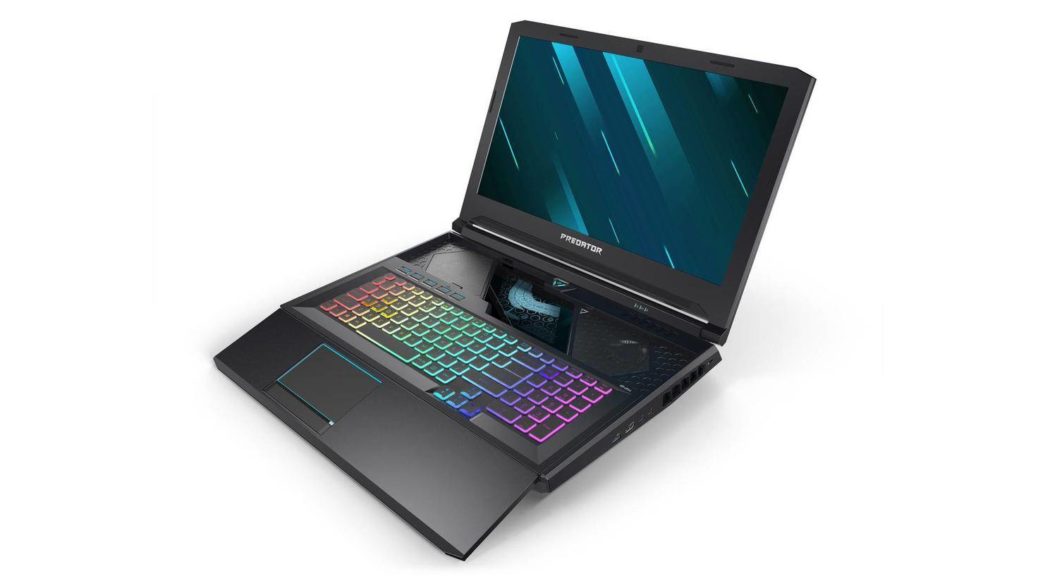 Acer is refreshing its lineup of gaming computers. From the entry-level laptop to the monster desktop, almost everything is included.

Acer has long made a name for itself in the gaming scene with its Predator laptops. On Tuesday, the manufacturer presented a completely new lineup of gaming notebooks and desktop computers in a web presentation. The obvious goal: Every gamer should find a suitable computer at Acer.

The most obvious change the manufacturer has offered for its Predator and Nitro laptops this year is the switch to the current 10th generation of Intel processors. The flagship Predator Helios 700 comes in different configurations, culminating in an Intel Core i9-10980HK and an Nvidia GeForce RTX 2080 Super. In order to keep so much power under control, Acer also installs a specially developed cooling solution called Predator PowerGem, which is supposed to offer a 3.83 times higher cooling capacity compared to classic copper pipes.

A gaming laptop for high demands: The Predator Helios 700.

There is also powerful technology at every nook and corner with a 144 Hz display, a custom sliding keyboard, Wi-Fi 6, Thunderbolt 3 and an NVMe SSD. However, processor upgrades are also available for Predator Helios 300, Predator Triton 300, and Nitro 5. The new Nitro notebooks are also available with AMD processors on request.

However, Acer also offers new PCs in the desktop area. For example, the Predator Orion 9000, launched in 2018, receives an optical and technical fresh cell treatment. The new model also comes in a mega tower, which can accommodate up to two GeForce RTX 2080 Ti in addition to an Intel Core i9. In addition, three 3.5-inch HDDs and two 2.5-inch SDDs can be installed with a USB 3.2 Gen2 Type-C hot-swap dock for SSD / HDD. The mainboard also swallows up to 128 GB quad-channel RAM.

The monster with wheels: the Predator Orion 9000.

It is interesting that the new Predator Orion 9000 is one of the first ready-to-use gaming PCs with water cooling for the CPU. In addition, three Predator FrostBlade case fans are used to cool the system. Oh yes, the practical rollers on the housing for easier transport are also included.

However, the new Predator Orion 3000 is almost even more exciting. This model is also a new edition with a modernized design and new Intel processors. With its 18 liter housing, the Orion 3000 is quite small and yet still fully modular. There is also the option of a PC with a glass window, which provides a view of the interior. The equipment here extends up to a 10th generation Intel Core i7, a GeForce RTX 2070 Super and 64 GB RAM. The new Acer Nitro N50 is also presented in an 18-liter case, but somewhat slimmed down in the equipment.

A small and stylish gaming PC: the Predator Orion 3000.