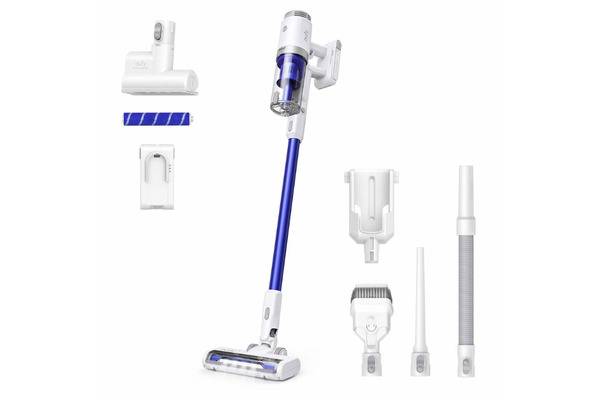 The new vacuum cleaner series from Eufy includes the HomeVac S11 Go and the HomeVac S11 Infinity. The Go model has a single battery, which should last for a runtime of 40 minutes in economy mode and 25 minutes in medium power mode. It costs around 240 euros.

HomeVac S11 Infinity with two batteries in one package

Thanks to an additional battery, the S11 Infinity model has a runtime of 80 minutes, but costs 60 euros more. The cordless vacuum cleaners can be operated in different modes and have a switchable LED light on the front of the standard brush. This is intended to make “hidden” dirt visible, which is difficult to see with the naked eye.

The two models differ from each other only in the number of batteries supplied and therefore also in the price. They come with different brush attachments for different cleaning scenarios as well as a charging station that users can screw onto the wall. So the vacuum cleaners can be stowed away to save space.

The HomeVac S11 Infinity is already available from the first retailers, the HomeVac S11 Go will be added on July 1st. Anker subsidiary Eufy otherwise offers vacuum cleaner robots and security systems for the home.