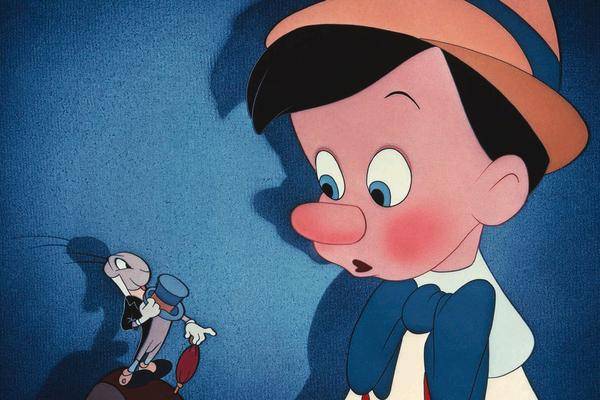 Pinocchio gets a prominent conscience: Ewan McGregor speaks the wise cricket Jiminy Cricket in Guillermo del Toro's stop-motion film about the wooden doll. But it will be a while before fans get to see the film.

This was explained by Ewan McGregor ("Trainspotting") in an interview with ACE Universe . However, the Scotsman didn't want to reveal whether Jiminy would also serenade in del Toro's dark version of the Italian fable.

"I play Jiminy Cricket in Guillermo del Toro's version of 'Pinocchio'," said McGregor. "The first part and thus the recording of Jiminy's dialogue is finished. But it could be that a song has to be recorded. I don't know if I can reveal that," the actor teasers. However, one thing is clear: Since "Pinocchio" is implemented using the elaborate stop-motion process, it will still take some time until the film is finished.

And that's not the only difference from Disney's 1940s classic cartoon. Del Toro has already announced that he wants to tell a "brutalist fable" . The horror visionary settles history in 1930s Italy during the rise of dictator Benito Mussolini. Del Toro compares the story of the wooden doll you want to become a person to that of Frankenstein's monster.

In addition to McGregor, Tilda Swinton ("Suspiria"), Christoph Waltz ("Django Unchained") and Ron Perlman ("Hellboy") also take on speaking roles in the original English version. Finally, David Bradley lends his voice to Pinocchio's creator and foster father Gepetto. He should be known to most as Hogwarts caretaker Argus Filch from the "Harry Potter" film series.

In parallel to the version of del Toro, Disney developed a real adaptation of the fable. The House of Mouse won "Back to the Future" director Robert Zemeckis for the project . There is no launch date for Disney's live-action film, however.

Guillermo del Toro's "Pinocchio" is scheduled to appear on Netflix in 2021.