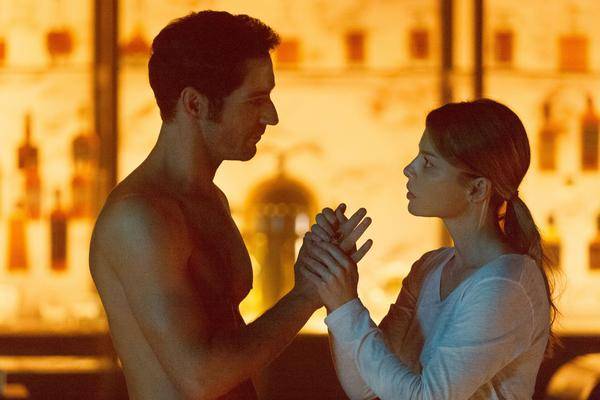 "Lucifer" fans can hardly wait for the start of season 5 and keep pounding showrunner Ildy Modrovich with questions on social media. There is even an answer to one that revolves around the Deckerstar liaison – even if it leaves a lot of room for interpretation.

On Twitter, a user of "Lucifer" showrunner Modrovich wants to know if she could describe a small scene between Deckerstar, Chloe Decker and Lucifer Morningstar, with just three emojis.

Ildy Modrovich, the professional, of course can! She responds to the question with a key, a fist and a kiss emoji. Three seemingly harmless emojis, which drive the Lucifans crazy, because under the tweet they diligently speculate what that could mean.

For a follower it is clear: Lucifer will save his queen of hearts from a predicament like a captivity. Of course with a fierce fight, only to show a romantic kissing scene between Deckerstar afterwards.

A kiss without interference?

Another Lucifan writes that Chloe is the key to Lucifer's salvation and that a big final fight could ensue. Or that Chloe gets copies of all the keys to Lucifer's penthouse, which can prevent anyone from entering and the two can kiss in peace.

It is a running gag of the entire series that the two do not manage to kiss in peace and without disturbance. Either they are interrupted by other people or Chloe's cell phone rings at the worst possible moment. So it's time that the two were given a bit of peace and privacy.

As the production of the fifth "Lucifer" season has been paused due to the corona pandemic, it is unclear whether the new episodes will be seen in 2020 as planned.