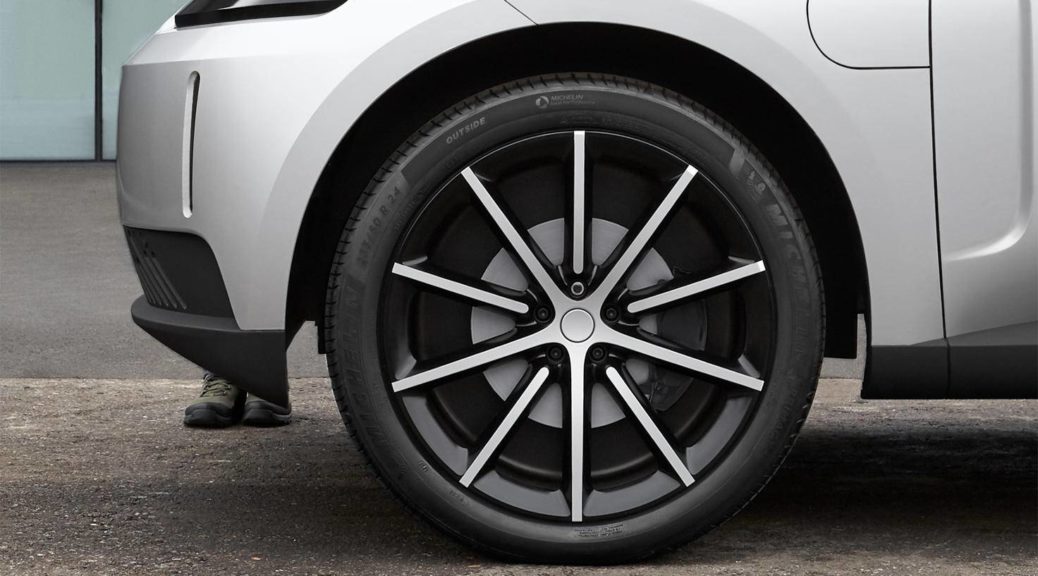 Dyson buried his plans for an electric car. Nevertheless, the manufacturer has now published exciting image and video material that shows the equally ambitious and expensive project in action.

The British company, best known for its bagless vacuum cleaners, has released new information on its canceled e-car project in a press release . After Dyson recently announced the end of the battery-powered electric vehicle, Dyson is now adding new material. The concept video of the car with its futuristic design shows for the first time how it is traveling on an empty road.

According to Dyson, the car was developed from scratch and did not use existing components for this process. The car was designed as a platform on which different types of vehicles could be realized.

An SUV was planned as the first model, which would have lowered in favor of improved aerodynamics at higher speeds. For more ground clearance, which would have been very generous due to the very flat floor, it would also have been easy to lift. Dyson also wanted to equip the exactly five-meter-long vehicle with very large tires that would have immediately caught the eye.

An eye-catcher: the large tire of the Dyson car.

Flexibly designed battery at the heart of the electric vehicle

The centerpiece would not have been the look of the electric car, but another component – the battery. Based on years of experience, Dyson has developed a highly efficient Electric Drive Unit (EDU), i.e. an electric drive unit consisting of a digital electric drive motor, input gearbox and powerful inverter.

According to Dyson, the battery unit was designed as an integral part of the body to optimize both the weight of the car and the space for the occupants, and to ensure impact protection. The battery itself is deliberately designed to be flexible in order to be able to implement a large number of different sizes and capacities – and to enable uncomplicated battery replacement at any time.

Dyson wanted to score points indoors with a bold design.

The lack of cross-financing meant Aus for the project

Dyson kept his legendary electric car under lock and key for years and recently officially buried it. The main reason: To sell the car at a cost that would have required an exorbitantly high sales price of around 170,000 euros.

Unlike established car manufacturers, Dyson cannot cross-finance the currently unprofitable trade in electric cars with the sale of conventional combustion models – the coffin nail for the ambitious project. According to his own statement, company boss James Dyson has invested around half a billion euros in the development of the electric car.

The development was perhaps not in vain: Dyson now wants to sell its advanced battery technology to other car manufacturers.