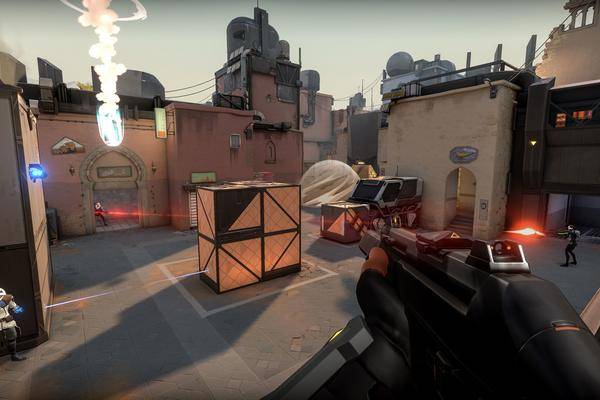 PC players compete in "Valorant" in tactical battles for victory. But what about PS4 and Xbox One? Does the first person shooter also get a console release? Here you can find out the current status.

Developer Riot Games is known for "League of Legends" – and since early 2020 also for "Valorant". The competitive team shooter combines elements from games like "Counter-Strike" and "Overwatch" and has been playable free of charge since June 2nd – but only on the PC. And unfortunately, console owners can expect that it will stay that way for now. But there is hope.

Riot Games commented on implementations for other platforms. According to Game Director Joe Ziegler (via IGN ), developers are thinking about versions for consoles and even mobile devices. In addition to PS4, Xbox One and Nintendo Switch, the shooter could also appear for smartphones and tablets with Android and iOS. However, there is no date for these releases – for the time being, the company is concentrating on the further development of the PC version.

But there are other glimmers of hope: Dataminer discovered files in PC version in early May 2020 that are labeled "PS4" and thus indicate a version for the Sony console ( PSU reported). Other files suggest a mobile release.

Technically, it would be no problem to get "Valorant" to work on modern consoles: The minimum requirements of the PC version are extremely low so that the game runs well on as many systems as possible. PS4 and Xbox One should have no problems getting smooth 60 frames per second. However, this requires corresponding porting to the consoles. Unfortunately, it is still unclear whether and when Riot Games will produce them.