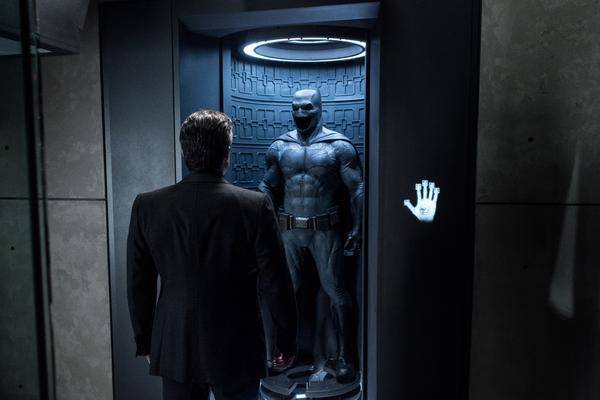 The historic launch of Elon Musk's SpaceX rocket last weekend was staged like a movie – in the truest sense of the word. A costume designer from Hollywood, who usually outfits superheroes like Batman and Wolverine, took care of the astronauts' outfit.

SpaceX chief Elon Musk wanted to give the new era of US space travel a chic face, according to a recent report by the New York Times . That is why the entrepreneur hired the film effects specialist and costume designer Jose Fernandez from Ironhead Studio back in 2016.

His task: to design the prototype of the spacesuit that astronauts Robert Behnken and Douglas Hurley should wear on their flight to the ISS in 2020. Subsequently, engineers worked on implementing Fernandez's ideas in such a way that they were up to the high technical requirements for use in space.

The result? Quite Hollywood-ready.

Fernandez knows a lot about cool suits for heroes of all kinds: The costume designer worked on Ben Affleck's batsuit for "Batman v Superman: Dawn of Justice", designed Wolverine's look for "X-Men 2" and directed creations for Chris Hemsworth and Tom Hiddleston in "Thor". So a real hero maker.

Fernandez explains in an interview with Forbes that SpaceX boss Elon Musk had a clear idea of what effect the spacesuits should have. "He always said: 'Everyone looks better in a tuxedo, no matter what size or shape.' When people put on this spacesuit, he wanted them to look better than without them, like a tuxedo. You look heroic in them, "said Fernandez.