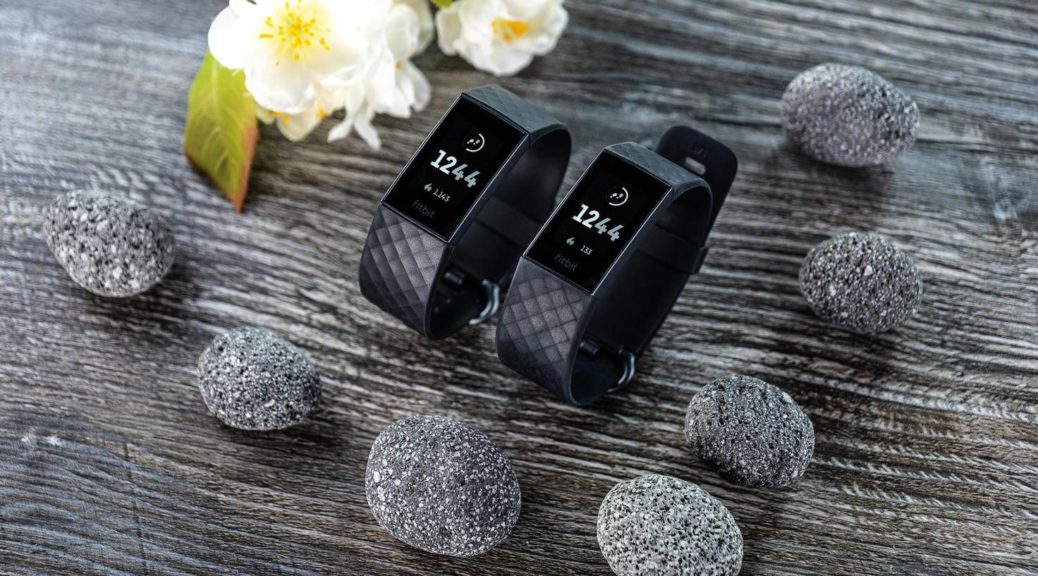 The Charge 4 is the newest fitness tracker from the manufacturer Fitbit and successor to the bestseller Charge 3. What the wearable has in addition to step counting and pulse measurement and how the Fitbit Charge 4 does in everyday life, I will tell you here.

Optics, equipment and operation: everything the same?

The Fitbit Charge 4 and Charge 3 (right in the picture) can hardly be distinguished optically.

At first glance, the Fitbit Charge 4 looks confusingly similar to its predecessor Charge 3. The design including the comfortable silicone bracelet is identical. There is a small but subtle difference: the Charge 4 has a black and white OLED display in a plastic housing instead of an aluminum housing as in Charge 3. That didn't bother me in my everyday test.

The fitness tracker, which is waterproof to a depth of 50 meters, can be operated as usual from the Charge range using a button on the side and the touchscreen. The screen can be activated by tilting the wrist, but this does not always work right away.

Practical: The Fitbit Charge 4 comes with bracelets in two lengths (S and L) for changing.

The display can usually be operated without delay and is easy to read. Only in direct sunlight did I have to squint my eyes to see the time.

The manufacturer specifies the battery power with up to seven days. In my practical test, the tracker managed almost nine days without using a GPS. However, the GPS module is a cordless bloodsucker: after two short rounds of ten and 20 minutes with activated GPS, the charge level had dropped by a whopping 15 percent. According to Fitbit, one battery charge is sufficient for "up to five hours" when using GPS. Not exactly much, but mostly enough.

Without a cell phone: The GPS function is activated manually on the wrist.

The evaluation is available after the training in the Fitbit app.

The biggest innovation of the Fitbit Charge 4 compared to the previous model is the integrated GPS module, which has long been common with comparable trackers from the competition. The wearable thus precisely tracks the pace and the distance covered during activities such as walking, running and cycling – without the cell phone having to be there. However, the corresponding activity must be started manually on the tracker; the GPS module does not automatically activate. After the training, the fitness tracker can be synchronized with the smartphone and the route can be tracked on a map in the app.

In my test, the tracking didn't work right away. During my first training session with Charge 4, the device apparently could not find a GPS signal. The second time I learned: It takes a little patience before the GPS connects. Only then should the activity be started on the display, and it will work with the documentation of the route. The highlight: The map shows which sections of the route measured which heart rate zone (below, fat burning, cardio or maximum performance) and how quickly the individual sections were covered. A real plus for endurance athletes!

Those who like to leave their wallets at home can look forward to: Charge 4 supports Fitbit Pay. Anyone who stores their credit card data in the Fitbit app can make contactless payments with the fitness tracker.

The crux with the Spotify function

Music playback via Spotify can now also be controlled directly on the wrist.

Pause or skip a title? A simple tap on the touchscreen is sufficient.

Another innovation is music control via Spotify. In the test, however, I was immediately faced with a problem: the setup. I didn't find the Spotify feature in the Fitbit app. After a few clicks in the app, I was forced to search for instructions for connecting to my Spotify account via Google – intuitive is different.

For everyone who also fails due to the clarity of the app, here is a short version of the instructions: in the app click on the profile at the top left, select batch 4, then click on Spotify and log in to the Spotify account. Then open the Spotify app and start playing a playlist. Only now can you open the Spotify function on your Charge 4 and control the music playback from your wrist. Phew.

In addition to the lack of clarity in the app, the Spotify connection has other minor snags: On the one hand, use is only possible with a Spotify Premium account. On the other hand, I'm not a big fan of entering login data in different apps – calls me paranoid.

On the other hand, the Charge 4 only has the pure control function. Unlike the Apple Watch or Garmin Forerunner 645 Music, I can't listen to music without my phone. The Spotify app is only controlled via the wrist. This may be useful for users who use simple headphones. However, if you have Bluetooth headphones like me, you control the app anyway via its control element. The elaborate connection to the Fitbit is also eliminated.

The World Health Organization (WHO) recommends moderate to intensive activity for 150 minutes a week. That's 22 minutes a day, Fitbit tracks.

The Fitbit Charge 4 scores with some new functions that are simple and clever at the same time. This is how sleep mode can be activated at night: smartphone notifications are muted and the display can only be activated via the button – a smart solution so that the screen light does not accidentally wake you up at night.

The so-called active zone minutes are also new in comparison to the predecessor model: in addition to the daily step goal, the user should speed up his heart rate 22 minutes a day through intensive activity.

Conclusion: is it worth upgrading from Charge 3?

The switch from Charge 3 to Fitbit Charge 4 should pay off primarily for endurance athletes who practice several sports such as swimming, cycling and running. The Charge 4 scores with integrated GPS, but does not deliver the results that are nearly as detailed as the Garmin Forerunner series does for runners. If you are looking for a good all-rounder with many practical fitness functions, you are well served with the new Fitbit draft horse.