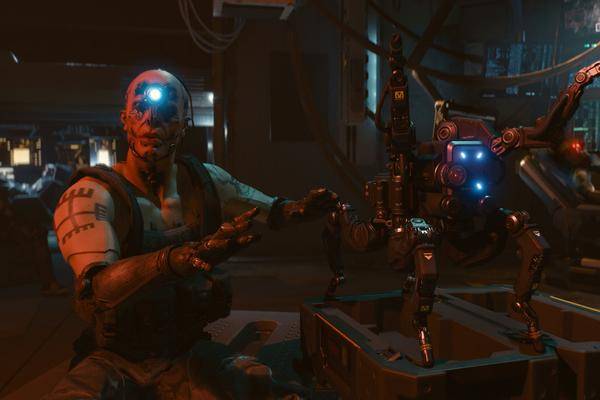 There is hardly a game that gamers are waiting for as long as "Cyberpunk 2077". On September 17, the dark future epic should finally appear for PS4, Xbox One and PC. The game has not yet been announced for the Nintendo Switch. You can find out whether there is hope that "Cyberpunk 2077" will appear for the Switch here.

"Cyperpunk 2077" – this is the gaming blockbuster of 2020. The video game implementation of the pen-and-paper role-playing game "Cyberpunk 2020" is due to be released this autumn on PS4, Xbox One and PC after a small shift. The developer CD Project Red has not announced a version for the Nintendo Switch. With their porting of "The Witcher 3", the Poles have proven that even performance-hungry games with small restrictions can be played on the Nintendo console. But can you repeat that with "Cyberpunk 2077"?

"May be too difficult for the Nintendo Switch"

If you believe the words of John Mamais, the executive producer of "The Witcher 3", there is at least a glimmer of hope that "Cyberpunk 2077" could appear for the Switch. In an interview with onMSFT , Mamais replied to the question whether a switch version of the game was planned as follows: "As far as I know, no switch version is planned. Not yet. I have no idea whether 'Cyberpunk 2077' on the switch. It could be too heavy. On the other hand, we also put 'The Witcher 3' on the console, even though we thought it was too heavy. But somehow we packed it. "

It gives hope that "The Witcher 3" has also been released for the Switch after a little more than four years. However, we must not forget the following: In order to make "The Witcher 3" playable on the Switch, CD Project Red made some compromises. The developers had to reduce the resolution of the game and reduce the level of detail of the textures. And more tweaks were needed to get the game running on the weaker hardware of the Nintendo console.

"Cyberpunk 2077" should be a lot more demanding than "The Witcher 3" in terms of its hardware requirements. It is questionable whether it will be enough to screw down the graphics and carry out optimizations to bring the game to the switch. But maybe Mamais is right, and CD Project Red somehow grabs it.

You can play these "Cyberpunk 2077" alternatives on the switch

Even if CD Project Red were able to port "Cyberpunk 2077" to the switch, it will almost certainly take some time. But don't worry, there are already a lot of interesting games on the Switch with which you can dive into cyberpunk worlds. We briefly introduce four recommended games.

"VA-11 Hall-A", also called "Vallhalla", is a very special cyberpunk game. You slip into the role of a bartender and serve cocktails. Among the guests are people with modified body parts, characters whose bodies are crossed with nanomachines, and talking dogs. So exactly the clientele that you expect in a typical cyberpunk world. If you meet the taste of your guests with your cocktails, they will tell you interesting details from their lives. If you like visual novels in Japanese art style, you should definitely take a closer look at "VA-11 Hall-A".

"Observer" is a horror adventure set in Krakow in 2084. You embody the neural detective Daniel Lazarski, who hack into people's brain implants and can read and even manipulate their thoughts. His job in the dark cyberpunk dystopia is to solve murders. The investigator discovers many gruesome things that he would not have seen better. "Observer" is particularly convincing due to the dark and atmospheric atmosphere and also offers an exciting story.

"Ruiner" is a fast-paced top-down shooter in the style of "Hotline Miami" and at least as bloody. You slip into the role of the masked protagonist Puppy, whose brother has been kidnapped. Puppy wants to free his brother, of course, and takes on the underworld of the cyberpunk metropolis Rengkok. Every means is right for him: with a huge arsenal of futuristic weapons he shoots and cuts through the entire underworld to find his brother's kidnapper. Action fans with a soft spot for cyberpunk aesthetics will definitely get their money's worth at "Ruiner".

At first glance, "Axiom Verge" is not a typical cyberpunk game. We play the scientist Trace, who wakes up after an explosion in his laboratory in an ancient but highly technological world. However, he is not sure whether he is on an alien planet or has somehow ended up in a simulation. The scientist begins to explore the world more closely. So he wants to find out what really happened. He also has to fight monsters that are half organic and half machine. Anyone who loves retro-style Metroidvania games and enjoys exploring foreign worlds can safely access "Axiom Verge".