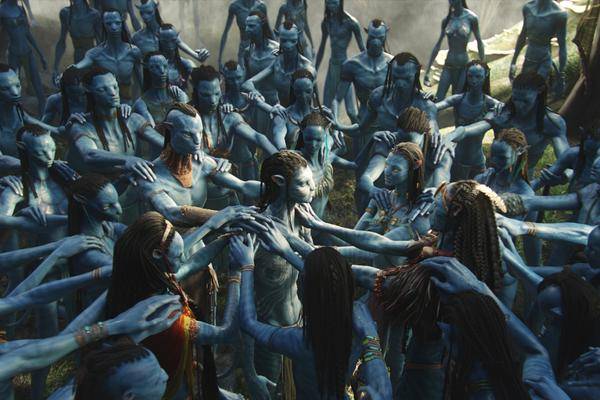 After more than two months of shooting, work on "Avatar 2" is now to be continued. Producer Jon Landau announced the return to the set on Instagram and showed a photo of futuristic vehicles that are said to appear in the science fiction film.

Landau has already worked with director James Cameron on the first "Avatar" and "Titanic". On Instagram, he now announced that the filming of the sequel to the monumental science fiction adventure will continue shortly. He illustrated the good news with a photo from the "Avatar 2" set: two armed ships, embedded in a sea of blue screens. Landau describes her as a Matador, a high-speed advance command vehicle (below) and a Picador jet boat (above).

A stroke of luck in New Zealand: "Avatar 2" continues

"Avatar 2" is being filmed in New Zealand – a stroke of luck for production as the country is only relatively unaffected by the coronavirus crisis. With sufficient protective measures, film work may now be continued there. Collider even suspects that other studios could now move to New Zealand, provided there are enough production facilities.

On Instagram, fans were recently able to admire a set photo with the actors Zoe Saldana, Sam Worthington, Kate Winslet and Cliff Curtis, which she shows during a break from filming. The resumption of filming for "Avatar 2" is a good sign of compliance with the theatrical release: on December 17, 2021, the film is due to be released in Germany. The first "Avatar" part appeared in 2009 and is one of the most successful cinema productions worldwide.