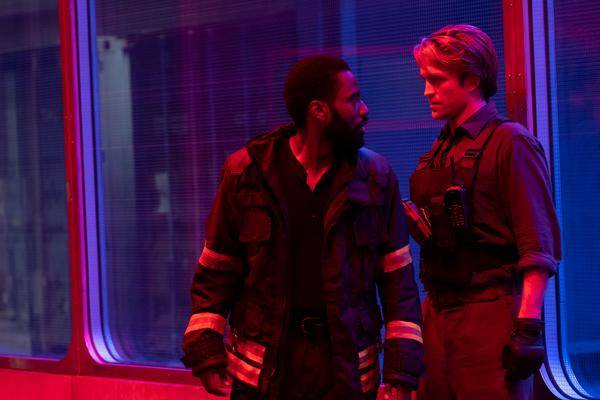 Even after the latest trailer for "Tenet" it is unclear what exactly happens in Christopher Nolan's new film. The plot for a time-traveling agent is extremely mysterious – even leading actor John David Washington had to constantly ask the "Inception" director for explanations during the shoot.

"Tenet" is about preventing the Third World War. To do this, the nameless hero, played by John David Washington, has to manipulate time. How exactly all this works is not clear from the latest trailer . This was revealed during a live event in the video game "Fortnite" , in which Washington also gave an interview. Accordingly, the leading actor, director Christopher Nolan, had to repeatedly ask questions of understanding about the plot.

"Tenet" star: "I had to ask Nolan every day"

The story of "Tenet" does not seem to be easy to understand, it was obviously not easy for the actors either. They looked for help from director Nolan: "Every day I had questions for him. But he was very gracious and answered them calmly and patiently. It was very important that we actors understood the story correctly so that we could tell it as well as possible And he was – to put it politely – really very patient with us. "

Trailer is full of secrets

Exact details on the "Tenet" story are not yet officially available. Washington recommends fans to watch the trailer more often because there are hidden hints to the plot: "There are tons of information about the film in the trailer and I am surprised that Nolan was ready to reveal it. I am thrilled that he did that. " Hopefully we will find out exactly what "Tenet" is about before the theatrical release on July 16, 2020.