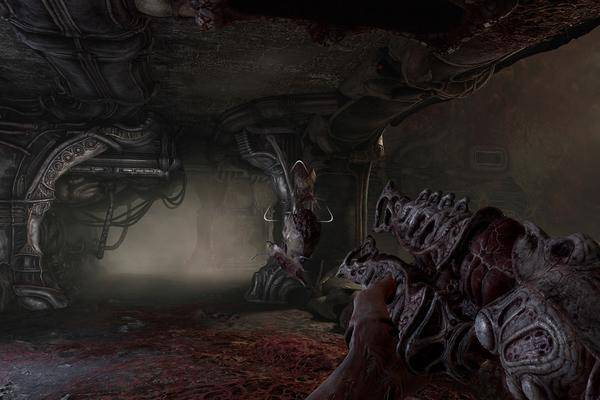 According to the developer of the horror game "Scorn", the processor of the new PS5 and Xbox Series X consoles will be more important for progress than their SSD. The goal of a display at 60 frames per second was a reason for him to refrain from publishing "Scorn" for the current consoles.

The slow processor in the current consoles is their biggest problem. At least that's how it looks to Ljubomir Peklar, the game director of "Scorn", who develops Ebb software for the Xbox Series X and the PC. In an interview with MS Power User (via PCGH ), he said: "Everyone is promoting the SSD as the next big thing, and yes, SSDs will be very helpful in loading and moving assets, but the biggest culprit who has problems in the current generation is the processor. " And the faster CPU of the next-gen consoles should be responsible for the biggest difference compared to the current generation.

60 FPS are an important development goal

Ebb Software decided against a release of the horror game "Scorn" for the current consoles "because we wanted our game to be able to be played at 60 FPS [frames per second]". The next generation is about a quick game reaction, smooth gameplay and "much less wasted time".

After first indications that high performance will not be important to all developers with the new consoles, Peklar's statement is again a reason for optimism. However, the game director also names the big problem with features that improve performance: "The problem with these features is that they are not easily sold through videos or screenshots."

Difficult to convey performance benefits through pictures and videos

That means: Whoever sets a goal of 60 FPS for their game has difficulties to illustrate this advantage with pictures and videos. After all, this is something that players have to experience for themselves. So it remains to be seen whether most developers will find beautiful advertising screenshots in the next-gen consoles more important than smooth gameplay – or vice versa.