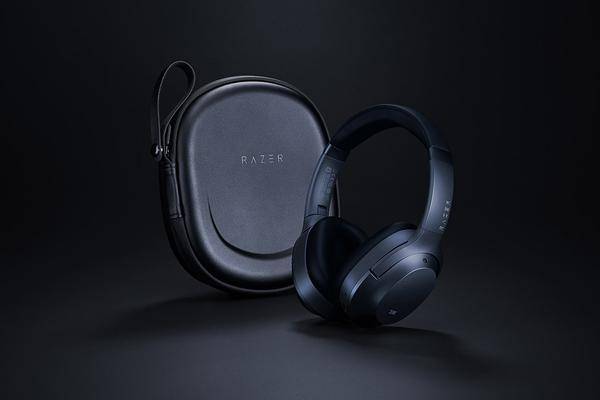 Razer's first noise-canceling headphones are called Opus. Thanks to THX certification, the over-ear model is said to be particularly well suited for enjoying films, and the headphones are comparatively cheap to have.

Headphones go through a series of tests for THX certification. Among other things, the devices must offer a balanced frequency response so that dialogues in films can be clearly heard and the bass does not overlap the other frequencies. THX-certified headphones must remain distortion-free at high volume, and also keep the noise of the outside world away from the listener – in addition to passive isolation, active noise canceling also serves this purpose. With the Razer Opus, it captures the outside noise with four microphones and reduces it with counter-sound.

In addition to Bluetooth, there is a jack connection

The Razer Opus supports the Bluetooth codecs aptX, AAC and HFP, and can also be connected to the playback device via a jack cable. The battery should last 25 hours and is charged via USB-C cable. Like other headphones of this type, the Razer Opus offers a "Quick Attention Mode" that amplifies the ambient noise, for example in traffic. In addition, playback pauses automatically as soon as the user removes the headphones.

Significantly cheaper than most comparable models

The headphones, which are available in black and dark blue, come with a case, a 3.5 mm jack cable, a USB-C charging cable, an adapter for aircraft and a USB-C to USB-A adapter. The Razer Opus is scheduled to go on sale in the coming days for 210 euros. The price is impressive, usually over-ear headphones with noise canceling cost over 300 euros.