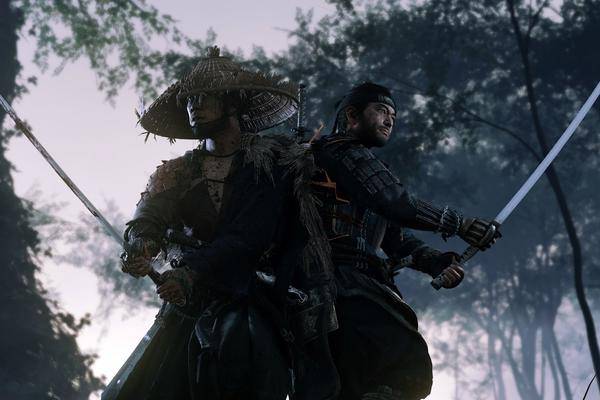 Fights in "Ghost of Tsushima" are dirty, bloody and tough – you could already see that in gameplay sequences. Main character Jin often kills his opponents with a sword strike in the new open world adventure for PS4. However, it can also affect him.

Nate Fox is the Game Director at Sucker Punch Productions for "Ghost of Tsushima". In the official PlayStation podcast , he now talks about the combat system of the PS4 exclusive game: "We like to describe in-game battles using the words dirt, blood and steel. We want them to feel down-to-earth and deadly precise. If you ever have a samurai When you saw a movie, you know what it meant. These men kill their opponents with a single blow. Unlike most games, you can die very quickly because of that – just like the enemies. "

"Fear is also a weapon": duel or ambush

How this system works in detail in "Ghost of Tsushima" is not yet completely clear. In a video presentation of the game , in addition to fighting against several Mongols, a duel against a single samurai was also shown. Deadly precision and decisions in a fraction of a second can lead to an end to the argument after an attack. Alternatively, opponents can be ambushed. According to Fox, fear is an effective means in the game: "You can do things that make the Mongols fear. There is no need to kill everyone like samurai, fear is also a weapon . "

In addition to the Far Eastern aesthetics, duels against other samurai could be the decisive difference between "Ghost of Tsushima" and adventures like "Assassin's Creed". Sucker Punch is also keen to immerse players in the world of feudal Japan. Instead of flashing quest markers, gusts of wind and wild animals, for example, are supposed to point the way to the next destination. "Ghost of Tsushima" will be released on July 17, 2020 exclusively for the PS4.