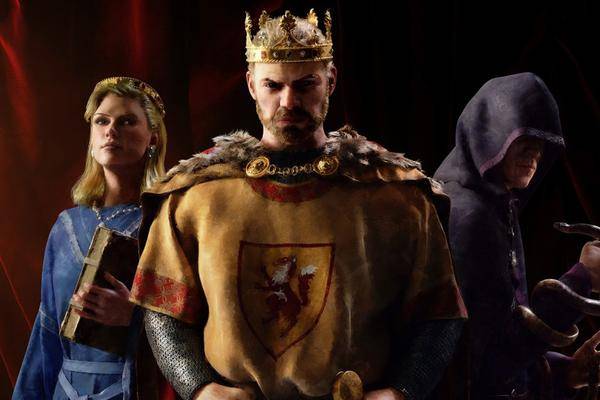 With "Crusader Kings 3" Paradox Interactive continues a series that shapes the Grand Strategy genre. Friends of highly complex strategy games can also build up a ruling dynasty in the new part and practice intrigue games. Now the release date is finally set.

The latest part appeared eight years ago, after 15 expansions Paradox has now set the release date for "Crusader Kings 3": According to the press release, the strategy game will be available exclusively for the PC from September 1st. From that date, it will also be included in the Xbox Game Pass for Windows. In the sequel, the medieval playing card is significantly enlarged: it extends from Iceland to India and from Finland to Central Africa. At the same time, "Crusader Kings 3" should be more attractive for beginners.

"Crusader Kings 3" is more beginner-friendly than its predecessor

The complex predecessor can be intimidating for new players, the partly incorrect translation of the many menus is not very helpful – modders now even offer their own localizations. According to Eurogamer, "Crusader Kings 3" should offer a more understandable user interface, an improved tutorial and more explanations for beginners.

New 3D character portraits that change with the age and social rank of the characters are among the visual innovations in "Crusader Kings 3". The animations should also provide more information about the personality of the characters, in addition, descendants can inherit different characteristics and thus better reflect the individual playing style.

Of horses and vassals: "Crusader Kings 2" is total grand strategy

"Crusader Kings 3" is again to offer strategy gameplay in which, in addition to war expansion, it is all about leading your own dynasty to power through skilful marriages and intrigues. The player controls his ruling family for centuries, from vassalism to the imperial crown. "Crusader Kings 2" is popular with strategy fans primarily because of its many possibilities – with a few tricks , even a horse can be appointed ruler of the Roman Empire.