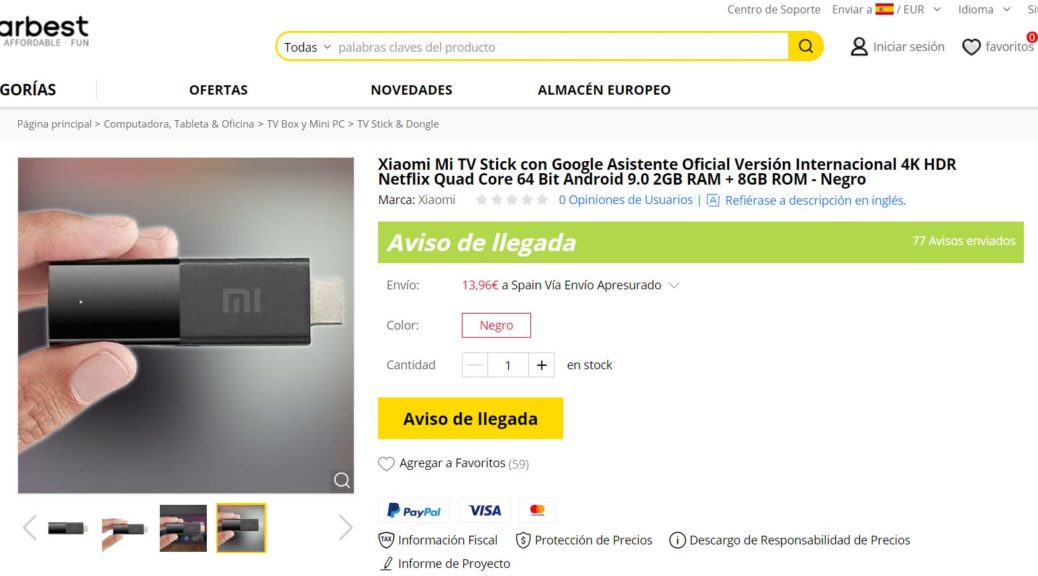 After numerous rumors, the Xiaomi Mi TV Stick has been listed on Gearbest, showing us not only a large part of its features but also its possible price. An alternative to the Xiaomi Mi TV Box S itself or to the Amazon Fire TV Stick that apparently will be presented shortly.

In general, many online stores resort to the fact of showing a product without even showing up in order to get visits and therefore, possible buyers. In this case, being Gearbest , one of the most recognized resellers, we could really be in front of the Xiaomi Mi TV Stick and its specifications.

Specifically, as listed in the online store, this supposed Xiaomi Mi TV Stick that would be presented shortly would have 2GB of RAM and a total storage of 8GB , in this case of the eMMC type.

In combination, the Xiaomi Mi TV Stick would have among its features an Amlogic S905 Y2 quad- core processor and an ARM Mali-G31 GPU . Likewise, this first HDMI stick from Xiaomi would have WiFi AC and Bluetooth 4.2 .

From the rest, this Xiaomi Mi TV Stick would have Android 9 as the operating system and a 4K resolution provided by its HDMI port. As for price, we still do not have details, although most likely it will end up being less than the 59.99 euros that the Amazon Fire TV Stick 4K is worth.