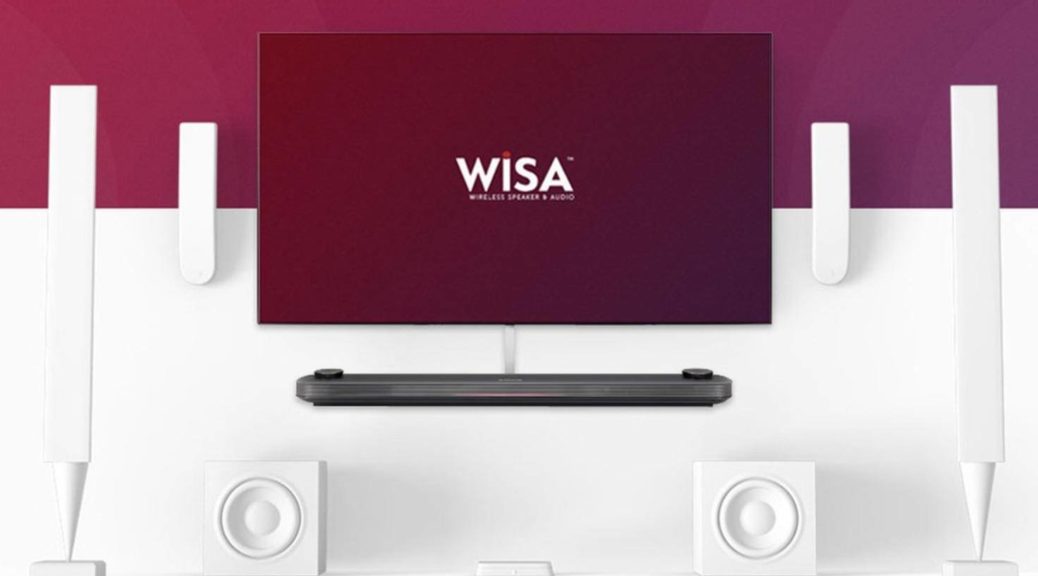 WiSA is a new technology for wireless surround systems. Initially, it only supported 5.1 systems, but now 7.1 to 7.1.4 systems can also be set up without cables using Dolby Atmos. The blockbuster: You don't need an AV receiver, you only need a compatible TV, a USB dongle and suitable speakers.

What can WiSA do?

WiSA (Wireless Speaker and Audio) is designed to make speaker cables unnecessary. Some sound bars can already be connected to wireless rear speakers, but surround sound works with higher transmission quality via WiSA. WiSA uses the 5.2 GHz and 5.8 GHz radio frequency bands, which other devices ignore, so there is no interference.

Even high-resolution audio with 24 bits and a sampling rate of up to 96 kHz can be transmitted to the speakers thanks to the new technology. There are no other systems for wireless sound transmission. In addition to Dolby Digital, WiSA also supports HD surround formats from Dolby TrueHD to the 3D sound format Dolby Atmos. Up to twelve loudspeakers can already be supplied with sound wirelessly in a full Dolby Atmos setup.

LG TVs have been supporting WiSA since 2019.

What is the difference to other wireless sound systems?

WiSA is not to be confused with wireless multiroom systems from Sonos, Denon or Yamaha. Multiroom systems play the same sound in different rooms and are suitable for sounding the whole apartment with music. WiSA, on the other hand, is completely dedicated to home cinema in one room. So it's about surround sound for films, series and video games.

Bluetooth does not support surround formats and does not match the quality of the transmission in the WLAN frequency bands. Some speakers such as smart speakers and the rear speakers of some sound bars use the 2.4 GHz or 5 GHz channels of the WLAN spectrum for sound transmission. Sound quality through wired speakers is superior to these traditional solutions.

WiSA, on the other hand, uses frequencies within the 5 GHz spectrum that other devices do not use. This ensures low latency of just five milliseconds – an imperceptible delay in sound transmission from the playback device to the loudspeaker. That means lip-synchronized sound.

What do you need for WiSA?

All you have to do is connect the TV, Blu-ray player or game console to the system via an HDMI cable, and it sends the sound wirelessly in high quality to the speakers supplied. The Harman Kardon Surround also supports Bluetooth, so that you can, for example, send music from your cell phone to the system – then the entire transmission is wireless.

If you want to use a specific surround format, please note that your playback device such as your TV and the WiSA transmitter must support the desired format such as Dolby TrueHD or Dolby Atmos.

What are the disadvantages of WiSA?

The WiSA Association advertises the technical advantages – but the availability of compatible devices is still limited.

The WiSA technology has at least two significant advantages over previous solutions for surround systems: You can save yourself the laying of cables with the same sound quality and you no longer need an AV receiver. Probably the biggest problem with WiSA is the still limited distribution of the technology in Germany.

Home cinema fans with the desire for better TV sound are increasingly buying sound bars instead of surround systems – in principle, manufacturers could also combine sound bars with WiSA in order to expand them with speakers for better surround sound. If WiSA had come onto the market shortly before the soundbar boom, the very practical technology that many home theater fans have been waiting for would have been much easier. Now it will have to be seen whether WiSA will prevail – perhaps in connection with sound bars.

The selection of WiSA speakers is much smaller than that of conventional cable speakers. And: WiSA provides rooms up to a size of 30 square meters with surround sound. If you want to make your home cinema one size bigger, you could hit the WiSA limits.

Which products are compatible with WiSA?

There are already some WiSA compatible devices in Germany. Not as many as in the United States, for example. The WiSA transmitters in particular are not easy to find and are quite expensive. The Beolab Transmitter 1 from Bang & Olufsen is available from the manufacturer for 400 euros, the Klipsch HD Control Center from one supplier for 750 euros. All of the inexpensive WiSA USB sticks Axiim Link and WiSA USB Transmitter are currently not available from German retailers.

WiSA is currently still a case for early adopters and often luxury. Some retailers offer the Klipsch Reference Premiere WiSA Home Theater System for several thousand euros. The premium Bang & Olufsen Beolab 17, 18, 19, 20, 50 and 90 speakers also use WiSA – they cost over 10,000 euros. Pleasing: Windows 10 PCs are compatible with WiSA, as are the game consoles Xbox One, Xbox One S and Xbox One S. However, a USB transmitter is also required in each case.

The Xbox One X is "WiSA ready", but requires a USB transmitter.

Of the TV manufacturers, LG relies primarily on WiSA, the Nanocell and OLED TVs from LG from 2019 and 2020 are compatible with WiSA. These TVs also require a WiSA transmitter in addition to the wireless speakers. TCL and Toshiba are also among the supporters of the technology, but corresponding TVs are still a long way off.