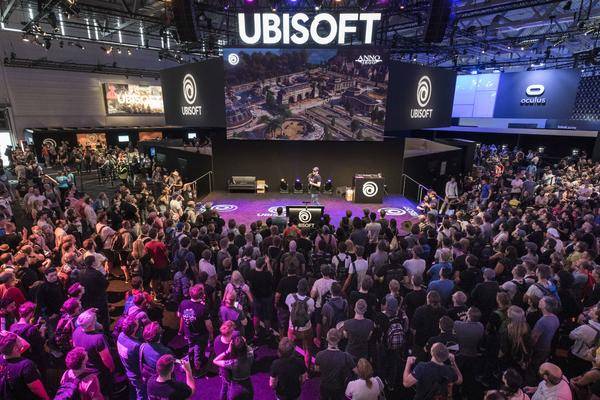 The E3 2020 is canceled, but we do not have to do without Ubisoft game trailers: The publisher has announced the online event "Ubisoft Forward", on which he wants to show new releases. What is there to see?

The French group plans to present new releases on July 12. The "Ubisoft Forward" event starts at 9pm as a live stream, as Ubisoft announces via Twitter . The "digital window shopping" is meant to give fans "exclusive news" and "revelations" – just what we would have expected from an E3 presentation under normal circumstances, just a good month after the traditional June date of the game fair.

Many games, little information so far

We can only speculate which games Ubisoft will show. New information on "Assassin's Creed Valhalla" is quite likely – maybe there will even be a gameplay demo . Also possible: News on "Watch Dogs Legion", "Gods & Monsters", "Rainbow Six Quarantine", "Beyond Good & Evil 2" and "Skull & Bones". Ubisoft has a lot of games in the works, but confirmed release dates are few and far between. Maybe that will change on July 12th.

This is how the digital game summer 2020 will be

Due to the global health crisis, not only does Ubisoft switch to digital events, the entire game summer 2020 will take place online. Electronic Arts has already scheduled an E3 replacement press conference for June 12, Microsoft plans monthly shows to showcase the Xbox Series X and new games. There are also many smaller and larger events and festivals. Our list of the most important dates gives you an overview .