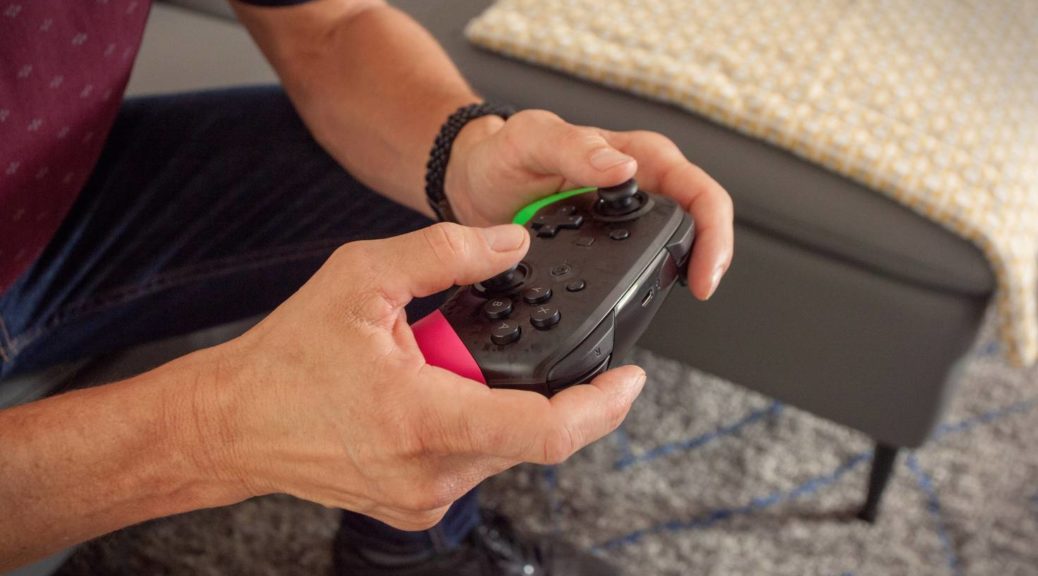 For many gamers, the Xbox One controller is also the first choice when gaming on a PC. But can the popular gamepad also be used on the switch? This is possible with a small detour. We will now explain exactly how you connect an Xbox One controller to the Switch.

No question, the Nintendo-Joy-Cons are really cool controllers. But let's be honest: they are practical for fast gaming fun on the go, but unsuitable for playing epic games like "The Legend of Zelda: Breath of the Wild" on TV. Even with the connector that "merges" two Joy-Cons into a gamepad, there is no real controller feeling. The Joy-Cons simply cannot replace a classic controller. But can Nintendo hits like "Mario Kart 8" and "Super Smash Bros. Ultimate" be played with an Xbox One controller? Yes, it works. However, you need an additional adapter.

Despite Bluetooth, nothing works without an adapter

Although both the Xbox Controller and the Joy-Cons connect to the consoles via Bluetooth, the Microsoft controller is not recognized directly by the Nintendo Switch. Nintendo has implemented a small hurdle so that not every controller can be used on the switch. However, this hurdle can be avoided by using a controller adapter. This not only works with the Xbox One controller, but also with other gamepads such as the PS4 controller .

How to use a controller adapter on the switch

Even if the controller adapters from different manufacturers differ slightly, they basically work similarly. First, an adapter must be connected to the switch via one of the USB slots. On the switch you go to "Settings" and then to "Controller and sensors". There you select the wired Pro Controller. The adapter fakes your switch that a cable controller is connected.

Then all you have to do is pair your Xbox One controller with the adapter. To do this, first press the button on the adapter that initiates the coupling process. This is often indicated by flashing LEDs. Then you have to press and hold the sync button on your Xbox One controller. The button is located near the micro USB port on the top. If the Xbox logo flashes rapidly, the controller is looking for a Bluetooth device. If the logo stops flashing after a while and lights up white, the pairing is complete.

Problems connecting to the switch?

With the Nintendo Switch Pro controller, some games can be played more comfortably.

If you save yourself the trouble of using third-party adapters, but still don't want to do without a classic controller, we recommend the Nintendo Switch Pro Controller. The Nintendo gamepad looks confusingly similar to the Xbox One controller. If the Xbox controller appeals to you particularly because of its feel, you should also get along well with the Switch Pro controller. For competitive games like "Mario Kart 8 Deluxe" and "Super Smash Bros. Ultimate" the Pro Controller is more suitable than the Joy-Cons. Children may have problems with the size of the controller.

If you gamble not only on the switch, but also on the PC and on the smartphone, you can also use the Switch Pro controller. The gamepad is natively compatible with many games on Steam and can be used with Android smartphones. The Nintendo gamepad does not work with iPhones and iPads.