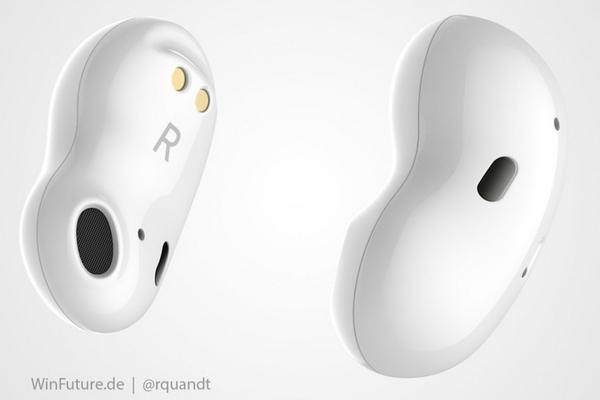 The Samsung Galaxy Buds X could not only come up with an unusual shape, but also with active noise canceling.

With the Galaxy Buds +, Samsung only released a new model of its True Wireless headphones a few weeks ago ( click here for the test ), which especially shines with an excellent battery life. Now the manufacturer seems to have another ace up its sleeve with the Galaxy Buds X: The third edition of the headphones could come on the market with a completely new form factor and active noise canceling, as Tom's Guide reports.

The bean shape of the earphones immediately catches the eye and looks quite unusual at first glance. It is also noticeable on the pictures leaked by Winfuture that the Galaxy Buds X probably offer an open design and come without rubber attachments for the ear cup.

By integrating active noise canceling, they could also become a serious competitor to Apple's AirPods Pro. For Samsung, above all, the price should speak: According to the Korean magazine Maeil, it should be 170,000 won, which corresponds to the equivalent of just under 130 euros. Even at a slightly higher price, the Galaxy Buds X would probably be significantly cheaper than the AirPods Pro.

It is not yet known when Samsung plans to launch the Galaxy Buds +. A release together with the Galaxy Note 20 in late summer does not appear unlikely.