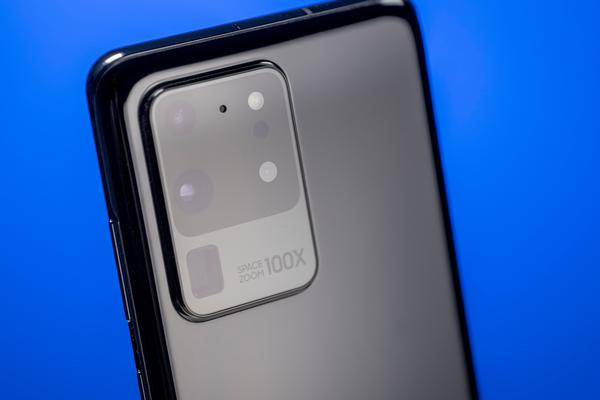 Cameras that exceed people's eyesight: Samsung is working on sensors with a resolution of 600 megapixels that can detect wavelengths beyond human perception.

Our eyes can perceive the world with a resolution that corresponds to approximately 500 megapixels. Samsung is not enough, as the company wrote in a press release . The trend towards small pixels and high-resolution sensors motivates the manufacturer to develop 600 megapixel cameras. Apparently they should not be used in smartphones, Samsung speaks of autonomous vehicles, drones and the Internet of Things, which revolves around industrial robots.

Sensors for ultraviolet and infrared light

The company is not only screwing on sensors with an ultra-high resolution, but also on cameras that can take photos with wavelengths beyond 450 and 750 nanometers. Cameras with ultraviolet light can be used to diagnose skin cancer, while infrared images can be used for quality control in agriculture and industry. So these sensors are not intended for consumers either.

Apparently cell phone camera with 150 megapixels in the making

In order to accommodate more and more pixels in cell phone sensors, they have to be shrunk. The disadvantage: Smaller pixels can lead to washed out images. Samsung counteracts this with its "Nanocell" technology, which relies on particularly light-sensitive pixels. Several pixels are connected to each other, which reduces the resolution of the final photo, but theoretically increases the image quality. The megapixel race is now open again – on smartphones and beyond. Samsung has not yet announced specific products with the high-resolution sensors.