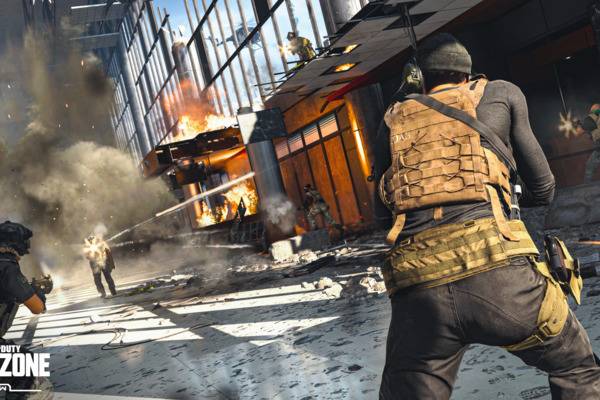 "Call of Duty: Modern Warfare" in Battle Royale mode "Warzone" will get special events in the style of "Fortnite" events in the future. Developer Infinity Ward also plans to continue telling the story of the main game in "Spec Ops" and "Warzone" modes.

The Battle Royale mode "Call of Duty: Warzone" seems to be designed for a very long runtime. At least that's what the information from an interview by Gamesbeat with narrative director Taylor Kurosaki suggests. It gives a little glimpse into the future of the free mode and indicates that "Warzone" will learn a few features from "Fortnite".

Regular events planned for the future

In the interview, Gamesbeat Kurosaki spoke directly to the competitor "Fortnite". The interviewer notes that he can well imagine special events such as the "black hole" in Fortnite in "Warzone". Kurosaki replies that exactly such events are planned for the future. However, these would have to fit into the scope of action of "Modern Warfare" and "Warzone". The narrative director did not reveal when the first events of this kind were to be expected.

In the interview, Kurosaki further explains that every new season in "Warzone" does not simply mean a new Battle Pass and new modes. Rather, they wanted to use "Warzone" and the missions from "Spec Ops" to continue telling the "Modern Warfare" story. "We didn't want it to feel like three different games in one box. We wanted it to feel like a massive world with a rich history," said Kurosaki. Therefore, there is also a small trailer at the start of each new season, which drives the action a little bit.

On "Call of Duty: Modern Warfare" at SATURN