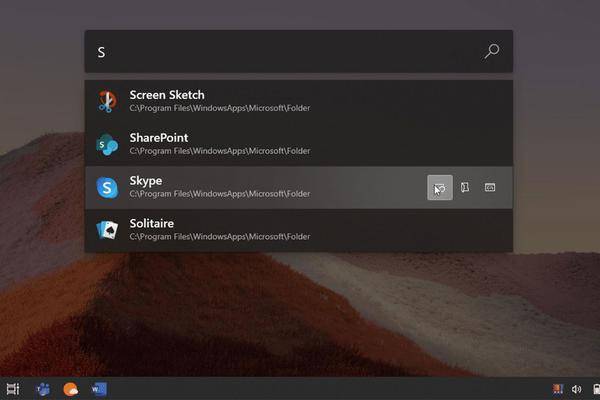 Microsoft is working on a spotlight-like launcher for Windows 10, which is due to be launched in May. The new service not only searches Windows 10 apps and files, but also plug-ins such as calculators or translators.

The new Windows 10 launcher will replace the "Win + R" shortcut, reports The Verge . Microsoft has been working on the new feature since January, and the service will then be launched as a public beta in May. An early version of the launcher is said to perform conventional search tasks that are similar to normal Windows searches. However, there are plans to make the search much more powerful in the future – similar to the search in macOS and even more functional than the Spotlight search on the iPhone.

Power search is not enough for normal users

For most users, the normal search function via the start menu will probably be sufficient, since all basic functions are included. But power users with the highest demands, who also want to search plug-ins, for example, expect more from a search. In addition, search queries via the start menu have so far been carried out automatically via Bing in the edge browser – also not an ideal solution.

The previous "Windows + R" search function is no longer up-to-date and is probably primarily used to carry out, for example, the command prompt or powershell commands. We can only hope that Microsoft will make a big hit with the new search – we will find out soon.