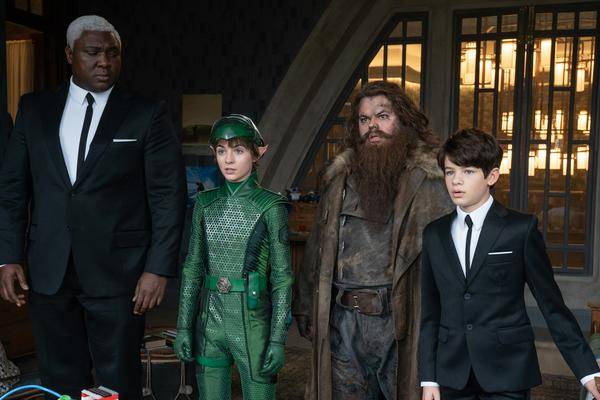 The fantasy film "Artemis Fowl" should actually come to the cinema at the end of May. Since the cinemas may still be closed, Disney finally pushed him to the in-house streaming service Disney +. Now it is clear when he will start there – in the USA. The waiting time is even longer in Germany, Austria and Switzerland.

With a new trailer, Disney has announced the launch date of "Artemis Fowl" at Disney +: From June 12, subscribers to the service can watch the young master thief fight against evil forces alongside dwarves, fairies and his butler. However, the start in German-speaking countries is delayed.

The blame is due to the lack of dubbing, as film releases found out when Disney asked: Due to the difficult conditions caused by the corona virus, the studio had difficulty locating the film. "Therefore we will make 'Artemis Fowl' available in Germany, Austria and Switzerland at a later date. We will let you know the start date as soon as possible", the official statement.

Some series are currently only continued in English

The fact that dubbing studios cannot currently work as usual also affects other productions at Disney +. The provider explains via Twitter that some Disney + Originals will initially appear without German voice output. This specifically affects some episodes of "Star Wars: The Clone Wars" and also "some more titles in the near future".

Disney apparently does not want to interrupt current series and prefers to provide the corresponding episodes in the English-language original. In films, a delayed start seems to be the means of choice – as with "Artemis Fowl".