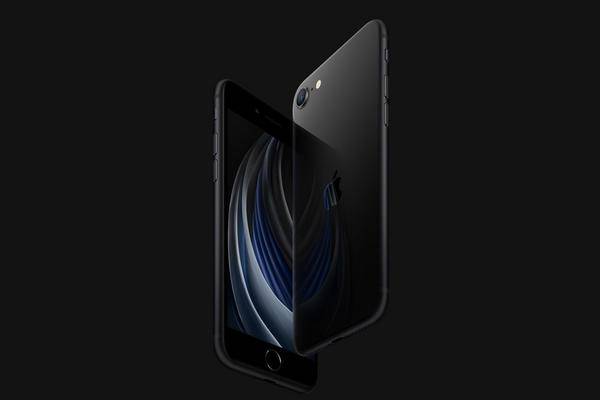 Apple is launching a new edition of the iPhone 8 under the name iPhone SE (2020). Technically, the device is a mixture of old and new and is primarily intended to appeal to a more price-conscious group of buyers.

Quite surprisingly, Apple announced the new iPhone SE (2020) on Wednesday. The device is essentially a new edition of the iPhone 8 and, with an entry price of less than 500 euros, is comparatively cheap for Apple standards.

An iPhone 8 from the outside

The shape and design of the iPhone SE (2020) were taken over almost 1: 1 from the iPhone 8 from 2017, which already had an older design. On the front there is the same 4.7-inch screen with a resolution of 1334 x 750 pixels. A classic fingerprint sensor sits under the display. There is no Face ID. The front camera has a resolution of 7 megapixels and films at maximum in Full HD at 30 frames per second.

On the back, Apple installs a single camera lens with 12 megapixel resolution and an f / 1.8 aperture. This (2020) can film in 4K at a maximum of 60 frames per second. Compared to the camera in the original iPhone 8, the camera should be at least slightly improved – among other things by a digital portrait mode.

A mixture of old and new from the inside

There is also an upgrade for the processor. According to Apple, the iPhone SE (2020) uses the same A13 bionic chip as the current iPhone 11. At least for performance and future viability, that's good news. Apple makes no statements about the battery, but it should be the same model that does its job in the iPhone 8.