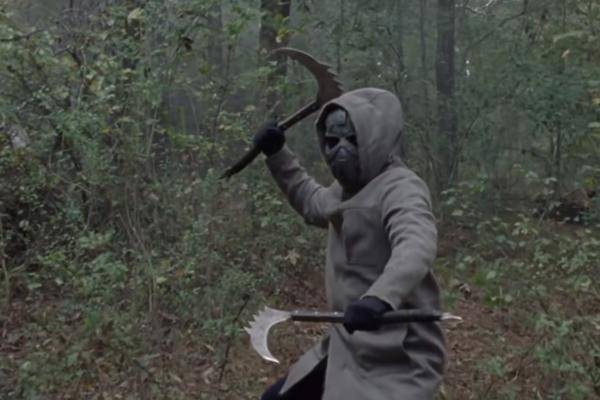 Today the big "The Walking Dead" season finale would have actually run. But Pustekuchen: The final episode is postponed indefinitely. This gives fans the chance to speculate as to who the masked man in the final clip is – and an interesting theory is emerging.

With two handy sickles, the masked man opposes Aaron and Alden, who are just about to finish off some whispers and bites. It is still unclear whether he is working against them or is even on their side and fighting with them against the enemy. In any case, its appearance gives rise to all kinds of speculations and theories.

Is Heath the masked man?

According to the "The Walking Dead" fans, a large part of the firm belief is that there is an old acquaintance under the mask: Heath! Since season 7, there is no trace of the former inhabitant of Alexandria. But: To date, there is no sign that Heath has died. For three seasons now fans have been hoping for a return of the character.

Some Twitter users recognize a hesitation that the masked man shows in the clip. "It looks like the person recognizes the two of them. So maybe it is someone we already know," writes a fan. Another then throws in the possibility that it could be Heath.

Some "The Walking Dead" fans also believe that it could be Maggie or Connie. However, the majority is most convinced of the Heath theory. It will be some time before we will experience the resolution … unfortunately!

Here is the preview clip of the final episode – whenever it comes: