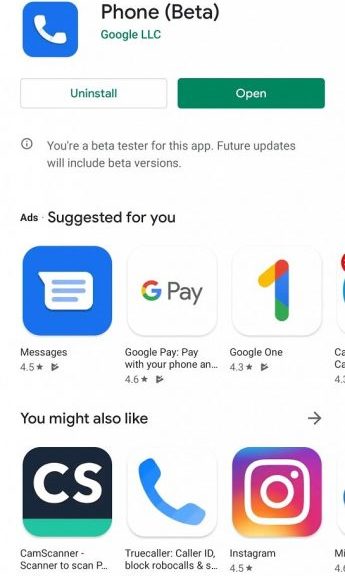 As we anticipated some time ago, all the new Xiaomi smartphones will incorporate the Google Phone application by default in MIUI.

This new strategy has the purpose of adapting MIUI and its applications to the privacy rules and regulations of the European Union and that apparently, it will not only be installed by default, but we can also install it from the Google Play Store itself .

This has been made known to us by the XDA-Developers team , who discovered how Google would have increased the devices compatible with its Telephone application beyond their own Pixel.

Specifically, it can not only be installed on several of the Xiaomi devices, but also on other terminals of Realme , Oppo or even Asus . A measure that could be gradually expanding more models and brands.

To check if your device is already compatible with the Google Phone app, just go to the Play Store and try to install it as if it were another application.

If your device is still not compatible, you can download this modified APK that allows you to install the Google application on any Android mobile device.