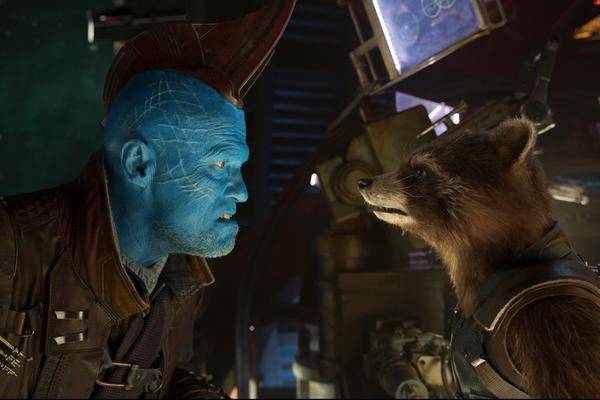 Saying goodbye to Yondu in "Guardians of the Galaxy Vol. 2" was undoubtedly one of the most heartbreaking moments in the entire Marvel Cinematic Universe (MCU). Anyone who hopes that the Ravagers captain will return somehow has to prepare for a disappointment: Actor Michael Rooker vehemently excludes a Yondu comeback. The actor could still appear in the MCU.

Yondu will not appear in "Guardians of the Galaxy Vol. 3". Actor Michael Rooker emphasizes this in an interview for the podcast Inside of You with Michael Rosenbaum .

"No way, I'm dead. My character is dead," Rooker clarifies. "I would play someone else, I would have no objection to that. I would embody someone else, but why would I want to play Yondu again? Yondu had a wonderful, greatest departure from Marvel cinema history you could ask for."

Why should one break such an epic farewell by bringing the character back? Rooker wants to know: "I'm completely with [director James] Gunn: There have to be consequences if you die, you should stay dead! Why the hell does someone come back? Why are they bringing all these fools back? Take a break, make another film. "

Instead of a resurrection of Yondu, "Guardians of the Galaxy Vol. 3" should show more of Rocket's background story . Director James Gunn at least recently teased this via Twitter.