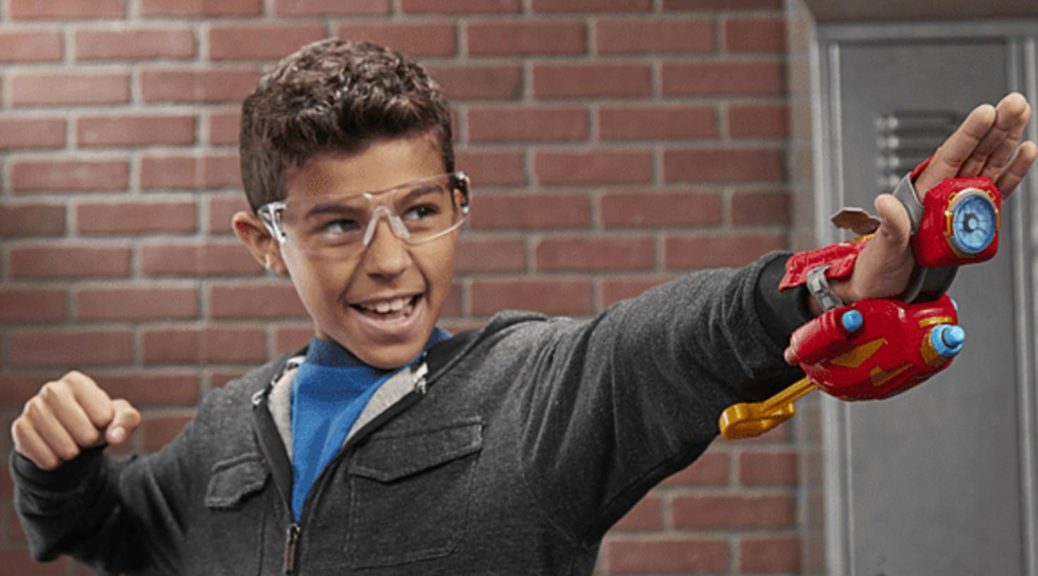 Whether for a birthday, Christmas or Marvel Day (yes, there is!): Finding suitable gifts for Marvel fans is not that easy, especially for non-connoisseurs of comics and films. As a small decision-making aid, we have put together a few gift suggestions here.

Little fans of the "iron" don't have to build their first Iron Man suit aka Mark I themselves: with the Repulsor from Hasbro, they can go straight to the fight for justice. The toy is attached to the forearm, with the typical Iron Man hand movement, Nerf bullets can be fired from foam.

Iron Mans Repulsor is not only available in Tony Stark's private workshop, but also at SATURN . Alternatively, worthy hobby avengers can also equip themselves with Thor's Hammer Mjolnir .

If you are looking for Marvel gifts for adults, you can fall back on the classic: Flowers – but quite different: namely in the Baby Groot flowerpot! The cute tree alien for is an ideal Marvel gift for all "Guardians of the Galaxy" fans and is available from various online retailers for around 16 euros.

From Captain America to a true Marvel hero, comic book creator Stan Lee : the Funko Pop phenomenon! has long since reached the universe of comic book films. The vinyl figures with the oversized heads are equally popular as a Marvel gift for men and women – the main thing is that the recipient has plenty of space to collect! Limited bobbleheads could even be an asset: The figure of the "Avengers" antagonist Loki, which was exclusively available at the San Diego Comic-Con 2012, is worth around 1,500 US dollars to some collectors today!

If you want to make Nick Fury and recruit one or the other Marvel hero for a friend's Funko collection, you will find it at SATURN .

Without smash! Hulk as a cable guy for console or smartphone

Anyone who occasionally smashes their controller into the corner of the room should get on well with Hulk. The Cable-Guy version of the "strongest Avenger" is already much more under control: the shelf keeps the controller or smartphone handy at all times – very practical. A USB charging cable is included.

Get the green Wüterich in mini format, otherwise: "Hulk sad." Alternatively, Deadpool or Iron Man are at your service as a cable guy .

Oh fir tree, oh fir tree, you too are now becoming a Marvel dream! Fans may not be able to go out to dinner with the Avengers Shawarma, but a Christmas together is possible thanks to the Marvel Christmas tree decorations. An example: Four Christmas balls in the Iron Man look are available from various online retailers from 37 euros.

In recent years, the hype about "Ugly Xmas Sweater" has spilled over to us in Germany: Whoever got the ugliest Christmas sweater won. Why not start a "Nerdy Xmas Sweater" contest this year? At SATURN there are matching sweaters, for example in the Spider-Man look!

Against the Spider-Man app: cellphone cases with a superhero look

With this smartphone case you are always on the net – well, at least figuratively.

Once not paying attention – and the smartphone's display is fragmented. The jump on the screen is vaguely reminiscent of a spider web, hence the joking name "Spider-Man-App". If you want to save clumsy people from this fate, you can do so with cool Marvel gifts such as cell phone cases and bags.

The following everyday heroes are waiting at SATURN to be able to defend your smartphone against bumps and falls:

Fans who are impatiently counting the hours and minutes until the next Marvel film should be particularly happy about the Rächer wall clocks. Even the "Mad Titan" Thanos suddenly starts ticking again. The chic timepieces, which are made from vinyl records, are available from various online retailers for around 40 euros.