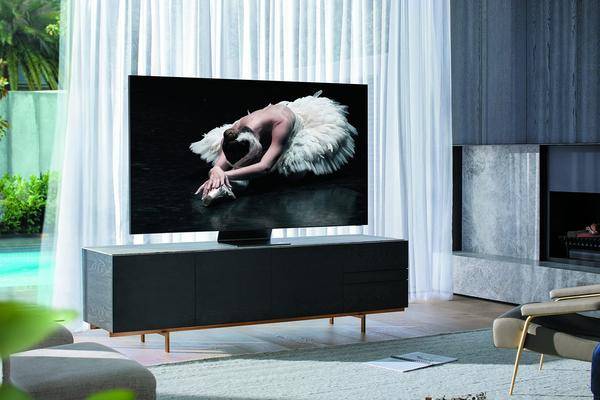 Samsung discontinues its Smart View app. The application for Android and iOS serves as a remote control for older Smart TVs from Samsung and for streaming content from the mobile phone to the TV. It can still be used until October 5.

The app users were informed of the end of support with a pop-up window. It is also clear from the description in the Google Play Store . If you delete the app, you will not be able to download it again. However, the software can still be used, but will no longer receive updates from October 5. Owners of newer Samsung TV models from the K5500 from 2016 and the M5500 from 2017 as well as The Frame can use the SmartThings app instead.

Older TVs can no longer be controlled using a cell phone

In the past few months, the "Smart View" app has received a number of 1-star ratings in the Play Store. Among other things, users criticize that the app closes unexpectedly, the TV cannot be added and the navigation is defective. The fact that it can still be used obviously does not help the users much. In contrast to the app, the "Smart View" service for mirroring the cell phone display on the TV remains active. The app allowed more precise control over this function. The most important change is probably that older TVs can no longer be controlled using the mobile phone as a remote control.

SmartThings app as a replacement

The Smart View app was also used to control the Art Mode for displaying works of art on The Frame TVs. The SmartThings app can now be used for this and for checking newer Samsung Smart TVs in general. By October 5, those affected should switch to the SmartThings app if possible.