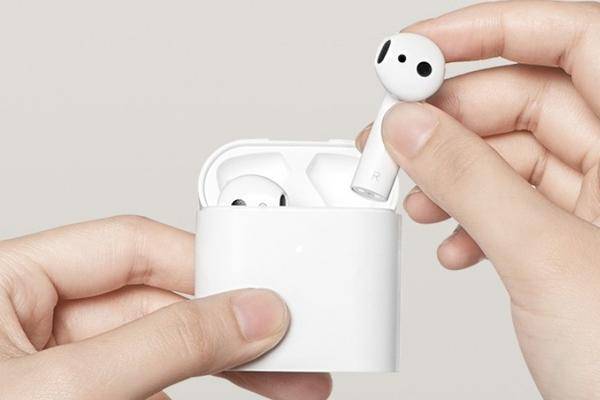 In addition to the Redmi Band, Xiaomi also presented new wireless in-ear headphones on Friday. And yes, the design of the new Xiaomi Mi Air 2s also seems very familiar to us.

After Xiaomi introduced the Mi True Wireless Earphones 2 in-ear headphones for the international market together with the new Mi 10 and Mi 10 Pro smartphones at the end of March, the Xiaomi Mi Air 2s is now following, according to Cachy's blog . When it comes to design, Xiaomi is once again clearly "inspired" by the Apple AirPods.

The headphones are said to be available in stores in China from April 9 and cost around 55 euros there. It remains unclear whether a global release is planned.

The exact technical differences between the Mi True 2 and the Mi Air 2s are just as open. But the wireless Qi charging is apparently new. The connection to a smartphone or tablet is made via Bluetooth 5.0. The so-called LHDC Bluetooth decoding (Low Latency and High-Definition Audio Codec) is used.

Running time of up to 24 hours

In China, the Xiaomi Mi Air 2s support the voice assistant XiaoAI, which can be activated via a voice command. Noise canceling is not on board, but a dual microphone array should improve the voice quality during calls and filter out ambient noise. Xiaomi specifies the battery life of the new in-ears at five hours. If you include the charges in the case, you even land at 24 hours.