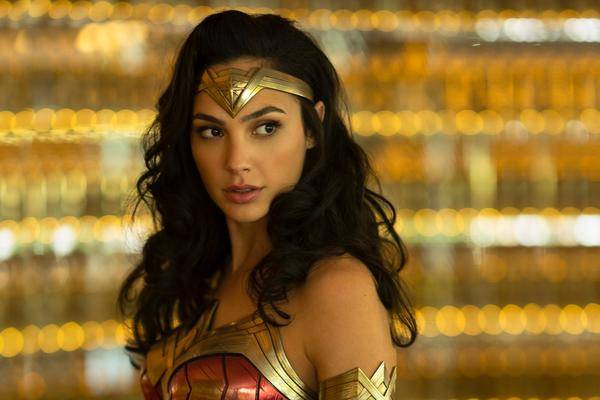 Gal Gadot takes her first steps in the spotlight as a model, then switches to TV. In 2009, the former "Miss Israel" celebrated her Hollywood debut – and has since been seen primarily in action films. Occasionally, however, the actress also makes side trips to other genres, as the following list shows.

A small role to start with? Not with Gal Gadot! Born in Israel, she started her steep Hollywood career with a central role in a blockbuster: in the fourth part of the "Fast & Furious" series, she played Gisele, the newcomer to the team of Raser boss Dom ( Vin Diesel ) and later lover of street racer Han ( Sung Kang).

In the sixth film, however, Gadot's character had to lose her life – actually. With the return of Han, who is also believed to have died, in the "Fast & Furious 9" trailer, rumors about a possible comeback of Gisele began. However, fans will probably not find out whether there is anything in the speculation that Gal Gadot will return to the "Fast & Furious" universe before the sequel to 2021.

In the action comedy by director James Mangold ( "Logan – The Wolverine" ) Gal Gadot only plays a small supporting role, but the film is such a wonderfully absurd spectacle that we do not want to withhold it from you. The main roles are played by Tom Cruise ( "Mission: Impossible – Fallout" ) and Cameron Diaz ("Love doesn't need a vacation"), Cruise exists – how could it be otherwise? – a tough secret agent. Diaz's character June accidentally gets caught in his crossfire – and is unwillingly involved in an international chase.

With all the major Hollywood productions on this list, an Israeli film with Gal Gadot should also be mentioned: The sports comedy "Kicking Out Shoshana" bizarre approaches the ongoing taboo topic of homosexuality in football. Those who have no inhibitions about watching a foreign language film in the original setting with English subtitles will be well entertained here.

The plot in short: The Israeli soccer player Ami Shoshan makes a grave mistake when he struggles with a mafia boss's girlfriend. As a punishment, the gangster forces him to publicly pretend in the conservative city of Jerusalem that he is homosexual. As a result, he is hostile to fellow players and fans alike, but is becoming a hero for the LGBTQ community.

In the film by the Israeli director Ariel Vromen ("The Iceman"), action meets science fiction: In a risky operation, a neuroscientist (Tommy Lee Jones) transfers the memories of a deceased CIA agent ( Ryan Reynolds ) to a suitable test subject: the emotionless killer Jerico ( Kevin Costner ). The transplanted memories are said to help the intelligence agency prevent a terrorist attack. In addition to the memories in question, however, Jerico gradually takes over the emotions of the dead agent. This is where Gal Gadot comes in, playing the wife of the deceased.

Gal Gadot found her prime role with "Wonder Woman": Director Zack Snyder cast the actress in 2013 for the DC Extended Universe and his film "Batman v Superman: Dawn of Justice". At the time, many fans criticized the cast – "Wonder Woman" director Patty Jenkins also admitted in an interview that she personally would probably not have chosen Gal Gadot as the actress . The actress instructed her critics better: "Wonder Woman" became a hit in 2017, Gal Gadot a superstar worldwide.

"The Jones Spies Next Door"

The honest couple Jeff and Karen (Zach Galifianakis and Isla Fisher) are confronted with new, apparently perfect neighbors. What Jeff and Karen have no idea: Natalie and Tim (Gal Gadot and Jon Hamm) are agents on a secret mission!

Greg Mottola's spy film parody is not up to par with the earlier Gadot film "Knight and Day", but is a good choice for a Sunday afternoon on the sofa.

A group of corrupt Atlanta police officers rob a bank for the Russian mafia. But that's not all: The mafia patina demands from the cops around Marcus (Mackie) an even more daring raid. The plan: Marcus should clear the blue-eyed new Chris (Affleck) out of the way on duty. If an officer is injured in action, the police radio code 999 ("Tripple 9") is triggered – the perfect distraction for the big coup.

Have you seen everything? No problem, a new film with Gal Gadot is coming – more than one!