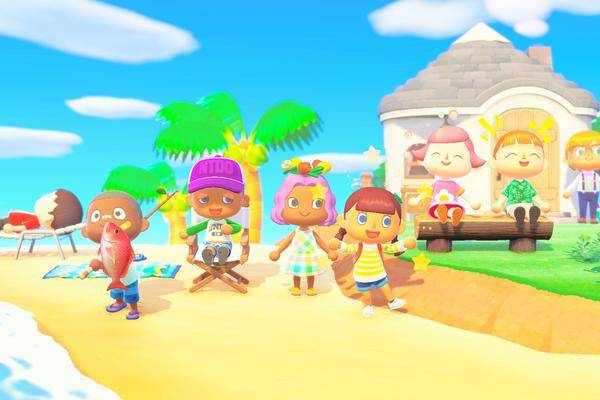 "Animal Crossing: New Horizons" is extremely popular on the Nintendo Switch. But is there a cute simulation for PS4, PC and the Nintendo 3DS? Or at least good alternatives? We give you an overview.

Let's make it short and painless: "Animal Crossing" is one of the most popular Nintendo brands and the newest game "New Horizons" can only be played on the Nintendo Switch. It is not available on the somewhat old handheld 3DS, here you have to make do with the predecessor "Animal Crossing: New Leaf". Implementations for PlayStation 4 or PC have also not been announced and it is unlikely that this will change at any time – this already shows the history of the game series.

"Animal Crossing" on PlayStation and Windows? Unfortunately only a dream …

The first "Animal Crossing" game was released for the Nintendo 64. There have been many other parts since then, but all of them are only playable on Nintendo consoles. Well, almost everyone: "Animal Crossing: Pocket Camp" is a mobile offshoot of the series, which is available free of charge for iOS and Android smartphones. But "Animal Crossing" parts on Windows computers or PlayStation consoles? Didn't exist, doesn't exist and probably won't exist either. But: A few worthwhile alternatives can already be found …

It may be that "Animal Crossing" is the market leader in the "Dolce Vita with cute characters" segment. But that doesn't mean that there are no other games that can shine here. These alternatives also run on PC or PS4 – and in some cases even on both platforms.

Do you want to play "Animal Crossing: New Horizons" primarily as a holiday replacement? Then "Castaway Paradise" is a good alternative! Here you can spend a relaxing island vacation fishing, collecting insects, making plants bloom and getting a chic outfit.

In "Animal Crossing" you have cute animals around you, in "Garden Paws" you are one yourself. Explore a peaceful world, plant seeds and open your own little shop – if desired also by multiplayer with friends.

If you like building cities, "My Time at Portia" is a good "animal crossing" alternative for you. Collect resources, raise buildings and of course don't neglect your social life. All of this, of course, in pretty colorful graphics.

The successor in the spirit of the old "Harvest Moon". "Stardew Valley" is a celebrated indie game based on the same elements: plant vegetables, raise animals, get to know your fellow citizens, maybe even marry. And above all: don't be stressed out!

"Hokko Life" has not yet been released, but "Animal Crossing" longing people should make a note of the PC game: The simulation wants to get very close to the great Nintendo model and has everything you need for it – from tranquil village life to to cute animals in the neighborhood.