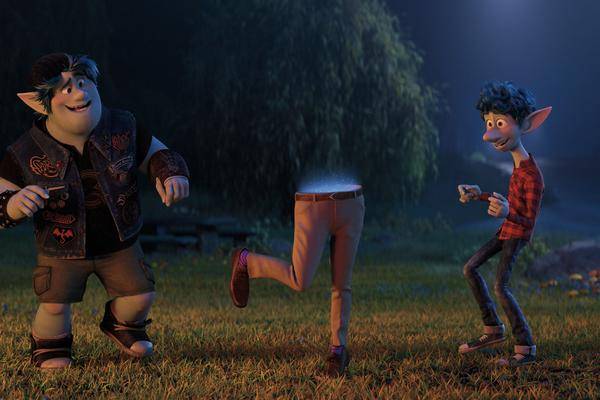 The fantasy adventure "Onward: Not Half a Thing" just started in cinemas. Now the Pixar film has already been announced for a release at Disney + in a few weeks. Disney also prefers the home theater release.

In times when people should rather stay at home if possible, cinema films naturally have a difficult time. "Onward: no halves" felt that. Just two weeks after the theatrical release, Disney is now drawing consequences that at least offer benefits for the audience: Comingsoon reports that the film will be available on Disney + as early as April 3 .

Disney + as an emergency solution

The streaming service, which will also start in Germany on March 24, will get the next top-class addition in a short time: Disney + recently added "Die Eiskönigin 2" prematurely. Disney is already offering "Onward: Not Half a Thing" in the USA as a digital version, so that the new work by Pixar Studios will find a few more viewers, at least in the home theater.

"Onward: Not half a thing" takes place in a fantasy world that blends fairytale with realistic elements. In the adventure film, the elf brothers Ian and Barley search for the last bit of magic that has been replaced by modern technology. At the film rating service RottenTomatoes , the film gets very good ratings – maybe it will come to more audiences through detours.