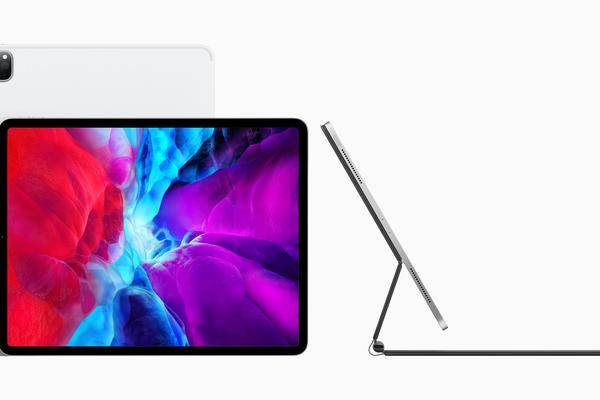 Apple apparently wants to launch a flagship model of the iPad Pro 12.9 with a mini LED display in the fourth quarter of 2020. Accordingly, it will not be the iPad Pro, which will be released on March 25. The new display is said to offer OLED-like advantages.

For devices of a medium size like the future iPads, Apple supposedly prefers mini-LED displays. That writes Digitimes (via MacRumors ) with reference to anonymous industry sources . According to MacRumors , technology can make devices thinner and lighter. Image quality is getting closer to OLED, which Apple uses for its iPhone Pro phones. There is extensive color space coverage, a high contrast range and a very good black level. Full Array Local Dimming contributes to this.

"Full Array Local Dimming" means that the display backlight is divided into several zones so that different image areas can be illuminated in a targeted manner. If a night sky can be seen, for example, the moon and stars shine brightly, while the rest of the picture remains dark. The mini-LED technology is not to be confused with the micro-LED technology. In the latter case, the image consists of tiny self-illuminating LED pixels, while in the case of mini-LED displays only the background is illuminated by relatively larger LEDs.

In total, Apple is working on six mini-LED devices

The high-end model of the iPad Pro 12.9 is said to be the first Apple product with a mini LED display, but according to the well-known analyst Ming-Chi Kuo, six devices with screen technology are in the works. The rest are: a 27-inch iMac Pro, a 14.1-inch MacBook Pro, a 16-inch MacBook Pro, a 10.2-inch iPad and a 7.9-inch iPad mini. First of all, the iPad Pro 12.9 is due in the fourth quarter of 2020, followed by the new iPad mini with the new screen in the same year.