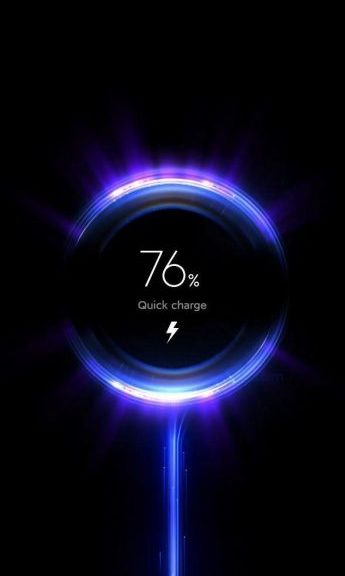 With the arrival of MIUI 11 , Xiaomi has been introducing new improvements not only in functionality, but also in design. An example of this is the new fast-loading animation that the firm is already testing in the MIUI internal beta.

Specifically, this new animation arrives integrated by default in the internal beta of MIUI 11, showing us a new, somewhat more abstract design, but with the same concept of « energy flow» , which shows us the current animation.

As can be seen in the following images, once we plug our smartphone into the electrical outlet with an adapter provided with fast charge, the new MIUI animation will representatively show us the "power input" to the terminal.

In addition, this animation, like the current one, shows us the percentage of charge and a small informative data that it is fast loading .

Still, it should be noted that for now it is only available in the internal beta of MIUI 11 for the Chinese ROM with numbering 20.3.16 . Therefore, until its arrival in the Global version, it will probably be weeks or even months.