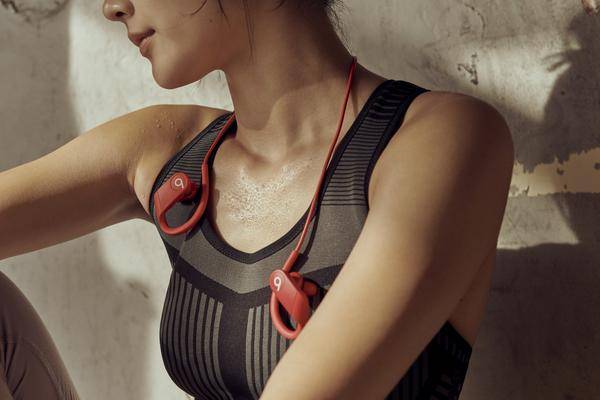 Apple has now officially launched the new fourth generation Bluetooth headphones Powerbeats. The simply called "Powerbeats" in-ear headphones offer, among other things, better quality for calls and a longer battery life … and at a lower price.

The Powerbeats 4 are aimed primarily at athletes. Since they are sweat and water resistant according to 9to5Mac , active people don't have to worry about damaging them with their sweat beads. And thanks to a battery life of up to 15 hours, they can also go on long hiking and jogging trips. The predecessor only lasted 12 hours. Apple speaks of an "optimized, round connection cable".

With the sound of the Powerbeats Pro

The advantage of the cable is that the athlete can hang it loosely around his neck when he wants to take a break. The sound technology is taken over by the headphones from the completely wireless Powerbeats Pro. So they sound just as dynamic to help users get started. The ear hooks should ensure a secure hold.

Several microphones on the ear are now responsible for phone calls, which filter out background noise and record the user's voice. Class 1 Bluetooth is said to improve range and connection stability. The operation works as usual via the Beats button on the ear or wirelessly on iPhones with the Siri voice assistant.

Cost 50 euros less than the Powerbeats 3

In addition to the in-ears ear inserts in four different sizes, the scope of delivery also includes a Lightning to USB-A charging cable. The new Powerbeats will be available "shortly" for 150 euros in the colors white, black and red. For comparison: the predecessor cost 50 euros more, but Bluetooth headphones with a connection cable are somewhat out of fashion due to the True Wireless In-Ears without cables.