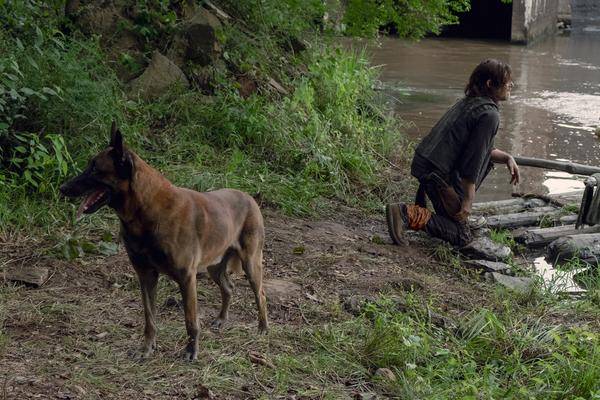 Have you ever wondered where Daryl's dog got in the current "The Walking Dead" season? The Daryl actor himself now gives an update on the whereabouts of the four-legged friend.

Because Norman Reedus has asked himself this question several times. As soon as he gets on the set and his new friend is not in sight, he asks: "Where's my buddy?" He explains this in the current "Talking Dead" edition (via comic book ).

Does dog become as heroic as Shiva?

But he knows a little more than the "The Walking Dead" fans: "Dog becomes very heroic. I know a few things that will happen in which dog will play a major role." That sounds promising and after a big comeback for dogs.

However, the word "heroic" is also unsettling. Do you remember Shiva's "heroic" deed? It cost the tiger of Ezekiel in the end – even if she saved that of the king.

So keep your fingers crossed that dog will not end up with a similar fate. After all, the biter doesn't care whether they get human or animal flesh between their rotted jaws.

In addition, working on "The Walking Dead" set is currently the only way for Norman Reedus to give the dog owner. He has a cat privately, but would also love to have a dog, as he explains in the Wired interview.

Maybe there will be a dog reunion in the next season 10 "The Walking Dead" episode? We'll know next Monday when the episode airs on Sky.