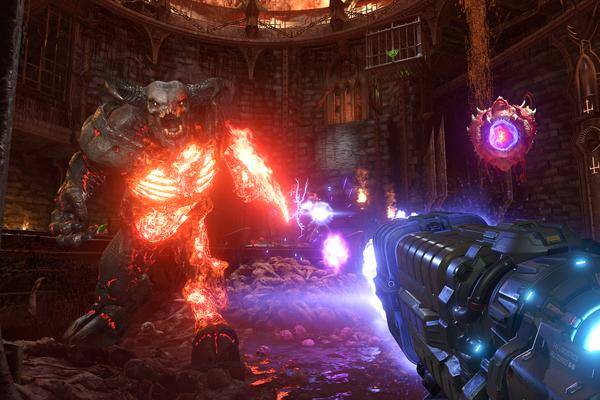 Good news for all "Doom" fans who want to get "Doom Eternal" on PS4 or Xbox One: The game should run on all models of both consoles at 60 frames per second. But can this be possible at all if the system requirements on the PC are comparatively high?

Billy Khan, chief programmer at id Software, recently announced on Twitter that "Doom Eternal" on PS4, PS4 Pro, Xbox One, Xbox One S and Xbox One X should be as smooth as 60 FPS. So far, he has not commented on the game versions for Nintendo Switch and Google Stadia. His tweet is a bit surprising since it recently became known that "Doom Eternal" on the PC is quite hardware-hungry .

Is "Doom Eternal" optimized for consoles?

If you want to play "Doom Eternal" on the PC in Full HD resolution and with 60 FPS, you need at least an Intel Core i5, 8 GB RAM and an Nvidia GeForce GTX 970 or AMD Radeon R9 290. These are quite high minimum requirements. It's hard to imagine that "Doom Eternal" should also run on the basic models of the PS4 and Xbox One at 60 frames per second.

Apparently, the developers at id Software have optimized the game for consoles and reached deep into the bag of tricks to make this little miracle possible. We will then find out whether "Doom Eternal" really offers consistently stable 60 FPS throughout the release.

On the switch, most likely with only 30 FPS

How high the frame rate will be in the game version for the Nintendo Switch is not known. However, it is likely that "Doom Eternal" will, like "Doom", run at 30 FPS. At Google Stadia, 60 frames per second sound quite realistic at a 1080p resolution. However, the frame rate at 4K resolution could be reduced to 30 FPS.

"Doom Eternal" will be released on March 20 for PS4, Xbox One, PC and Google Stadia. A version for Nintendo Switch is slated to be released later this year.