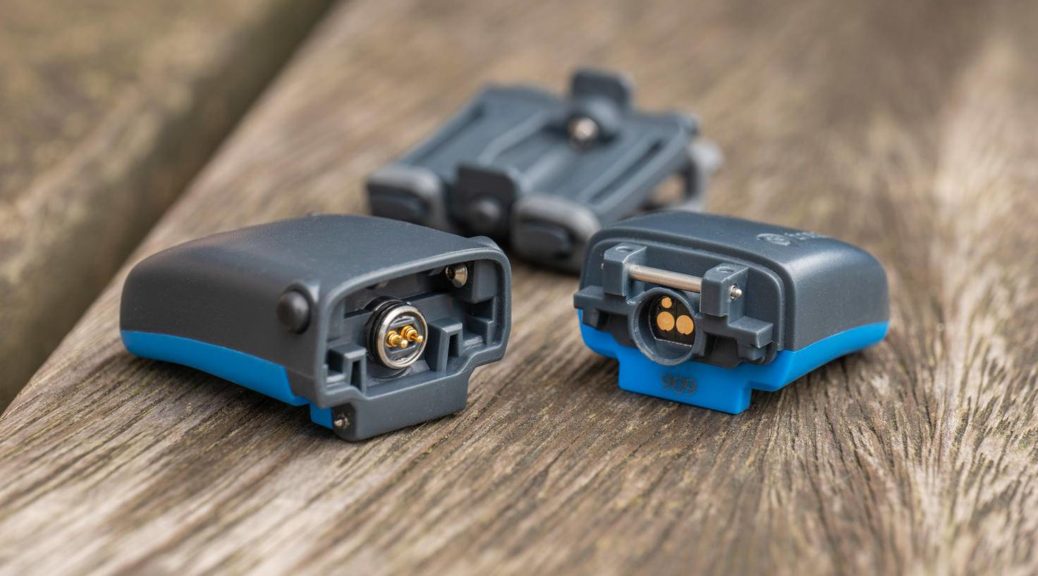 Help, my dog is gone! A horror scenario for every owner of a four-legged friend. The GPS tracker from Tractive could be the rescuer in need: it does not prevent the dog from running away, but it helps all the more to find it again. We tested the pet gadget.

My four-legged Linus is now a real professional when it comes to testing pet gadgets. So he was immediately on board with the Tractive GPS tracker. Tractive has two different trackers on the market: one specifically for dogs and one for cats. We looked at the copy for dogs and checked what the gadget can do and how informative the app is.

This is how the GPS tracker is activated

The GPS tracker for dogs essentially consists of three parts: two parts, in which the technology and the battery are installed, and a part with which the tracker is attached to the collar. Right at the beginning I notice how bulky the gadget is. Now Linus with his 56 centimeters shoulder height is not a small dog and has enough fur to hide the tracker. With a smaller short-haired dog such as a beagle, it can be quite disproportionate and annoying.

But even with Linus, I have my difficulties: The GPS tracker can be attached to different collar sizes using the rubber band. But I have a habit of taking off my collar overnight. Since Linus has a pull stop collar that can not be opened with a fastener, but is pulled over the head, I unfortunately tore out a few tufts of hair every evening. Although I took great care to avoid it.

The GPS tracker from Tractive consists of three individual parts. In the first step, the two battery parts are plugged together.

The battery is then docked onto the holder.

Tractive is attached to the collar with a rubber band. This also works with slightly thicker collars.

Once the tracker is attached, the installation of the Tractive app continues. They are free for Android and iOS devices . The app needs some information about the dog: in addition to classic features such as name, age, breed and gender, there is even the option of specifying the chip number.

This can be helpful if the four-legged friend was picked up by the police after their outing and they read out his chip. The number is also in the vaccination card, but very few dog owners have it with them when they are out and about. Then link the number of the tracker on the bottom with the app.

2 years old, male, not neutered and a Bearded Collie – yes, that suits Linus.

What subscription models are there?

A subscription is required to use Tractive's GPS feature. Just which one? You can choose between the Basic and Premium models.

If the basic model is enough, you can sign up for one or two years and pay 49.90 or 89.90 euros (corresponding to monthly costs of 4.16 or 3.75 euros). A special option for the basic model: there is a subscription that is debited monthly and costs 7.99 euros.

However, getting the cheapest subscription is a real challenge. At least I didn't find this option in the normal way. I was not shown this model on the website or in the app. Only after I contacted support did I receive a link that I could use to subscribe for a month. This is not exactly intuitive or customer-friendly.

It was also not that easy to cancel the monthly subscription. You know it from other models or providers who, for safety's sake, ask you once or twice if you really want to end the contract. However, I have never seen it as penetrating as with Tractive. I had to confirm several times that I am completely certain that I would like to cancel the subscription. Really sure. So really sure.

Tractive really gave everything to make me stay. The highlight was probably the indication of how many dogs are running away and how few are coming back. It was also interesting that Tractive suggested alternative uses for the GPS tracker: I could also attach it to a bike and luggage – or use it for children and seniors.

What can the Tractive app do?

The most important features of the Tractive app at a glance.

The heart of the tracker is the GPS sensor, which is used to locate the four-legged friend in an emergency. The feature works very precisely outdoors. As soon as the live tracking mode is activated, the app determines the position of the animal, so that the owner has an easy game to find his dog again.

The app also offers numerous display options: either as a standard view with a map look or as a satellite image. There is even an augmented reality feature: the environment is observed through the camera lens and a small extra field shows in which direction the dog is.

Above the small calendar button at the top right of the screen there is a view that shows where the dog has been walking in the past days, weeks or months. The more often he was at certain points, the more reddish the spot is shown.

Every time I tried the GPS function, it worked perfectly. However, the app drained my smartphone battery. In the event that the four-legged friend has really run away, the battery consumption of course only plays a limited role. The feature requires, however, that the smartphone is sufficiently charged for the search. In the few minutes that I tested live tracking, the percentages tumbled down.

It also happened that the Tractive app recorded incorrect locations – even though I was in the fresh air with Linus, where the acquisition of the GPS signal should not be a problem. During a walk at the harbor, the app retrospectively showed me that Linus had been swimming diligently in the Elbe – only he was walking next to me all the time. Even with GPS tracking, incorrect data can occur.

Linuuuuuuus, where are you duuuuuu? Ah, right in front of me!

If the live mode is activated, you can track exactly where your dog ran around.

However, this does not always work reliably.

Virtual fence: you can't get out of here

The Tractive app also offers the option of creating virtual fences. So areas where the dog can move and stop freely. For example, your own property including a garden. I put in three of these fences for the test: at my home, including the dog meadow in front of the door, at part of the Hamburg city park, where we are at the dog school, and in HafenCity, where I work.

If I left the virtual fence with Linus, I received a notification via app. In addition, I was informed via the Apple Watch that Linus has left the virtually fenced area.

It was a bit annoying that the GPS sensor did not work reliably within the four walls at home: I received regular messages saying that Linus had left and re-entered the fence several times within just one minute – while he was lying next to me. At home, it is therefore recommended to manually deactivate the push notifications each time.

With just a few clicks you can create a new virtual fence.

On the map you can see all the safe zones that you have defined.

As the name of the tractive tracker suggests, it also records the activities of the dog. The app shows how active the dog has been throughout the day. A distinction is made between "calm", "active" and "lively". Even the sleep phases are displayed. For everything, the four-legged friend gets points with which he can compete with the dog competition.

However, I have no idea how the points are measured. When the profile is created in the app, the dog ultimately gets a score that it should ideally achieve per day. At Linus that was 1,000 points – which he far exceeded every day. So I manually set the number to 2,000 points. I don't know what that is supposed to tell me. Is Linus too active now because he immediately got double the number of points?

On the main view under "Activity" there is a choice between "Records" and "Ranking". Below, the Tractive app lists how many points the four-legged friend scored in the day, in the week or in the month. And he can measure himself against other dogs in different rankings: with friends, with dogs from the area, worldwide or – in the case of Linus – with other Bearded Collies.

Here we are again on the subject of gamification, which I already explained in my review of the PitPat dog activity tracker . The points and the measurement against the competition should drive you to become even more active. However, there are no rewards. It is pure for a good feeling.

Is your four-legged friend more active than others of its kind? A look at the ranking reveals it.

Conclusion: is the GPS tracker from Tractive worth it?

You can buy the Tractive GPS tracker from SATURN .

For dog owners with a four-legged friend who likes to explore the world on their own, the GPS tracker from Tractive is worth every penny. I was once on a search for a dog and so much can be said: I don't want anything like that. This uncertainty of where the four-legged friend is is unbearable. In addition, you have the feeling that you are fishing in troubled waters because the dog can be anywhere .

However, those who are primarily interested in activity tracking are better served with other devices – such as the PitPat dog tracker . Personally, it bothered me that I could only subscribe almost every year and could only find the monthly subscription via detours. I also missed some explanations within the app and the design can also be tweaked a bit.